Already a WGSN member? Log in now. Not a member yet? Request a demo
WGSN - Future Drivers 2023
Executive summaryFuture Drivers indexEmotional plurality indexSample ReportDriver 1: Radical ReformBusiness opportunities: Radical ReformMore from WGSN
Macro Forecast
WGSN - Future Drivers 2023
The 2020s may have started with shutdowns, but by 2023 companies and consumers will be opening up to new strategies, policies and priorities. In an era of uncertainty, brands will need to connect and communicate with consumers, conserve resources and build community to stay relevant
the WGSN Trend Team
11.20.20 · 6 minutes 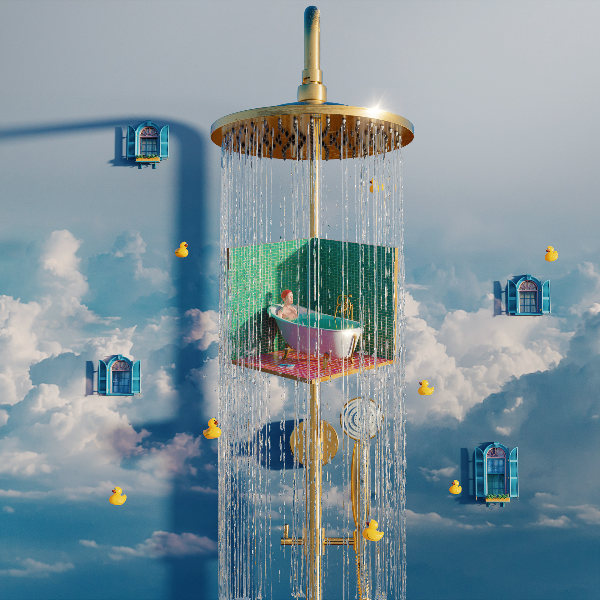 After the dust settles on the tumult of 2020, companies and consumers will shift to new ways of designing, making, selling and consuming in 2023. In an age of uncertainty, executives can bank on the importance of the four C's – connection, conservation, communication and community.

This report identifies seven global drivers that will reshape the macroeconomic and business landscape in 2023, and provides key strategies that businesses can action today for future success. 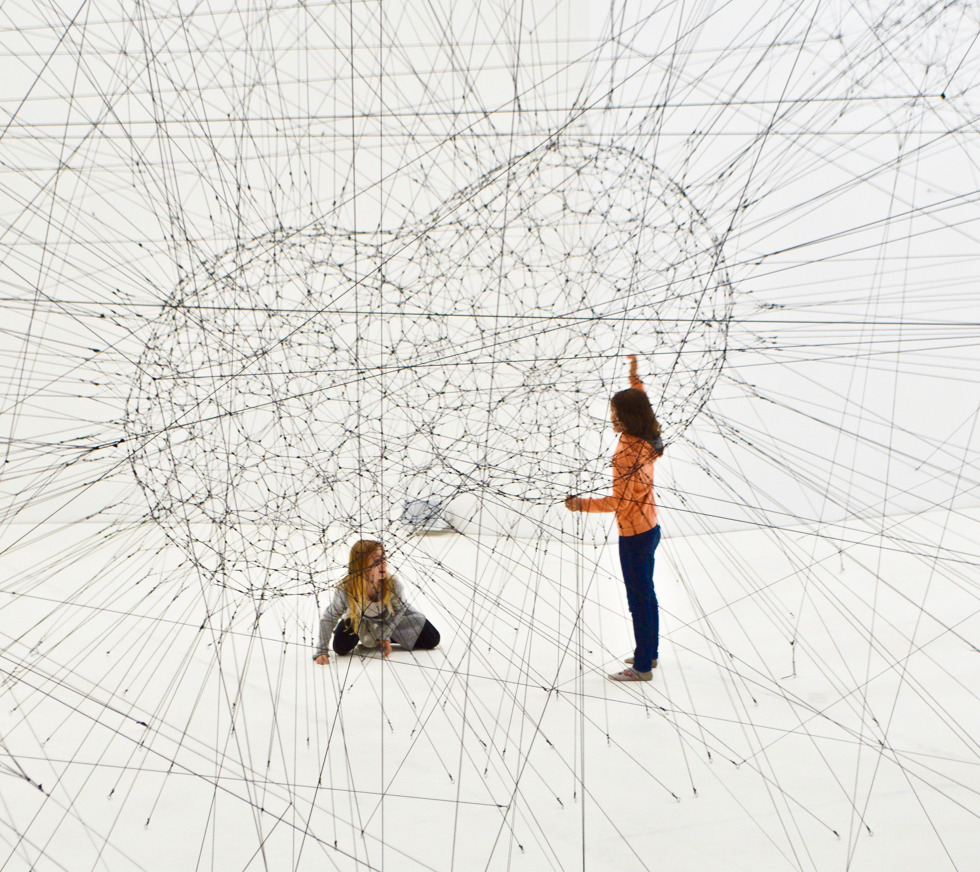 Our forecasts are driven by proprietary and collaborative data sets, with expert insight provided by a global team of analysts, strategists, data scientists and researchers.

From this analysis, WGSN produces three flagship reports each year, forecasting two years ahead. Future Drivers identifies the seven global drivers that will reshape the macroeconomic and business landscape, while Future Innovations outlines the 12 need-to-know areas of innovation that will transform industries and their implications for business and culture. The third report, Future Consumer, presents the consumer sentiments and profiles that will disrupt industries. 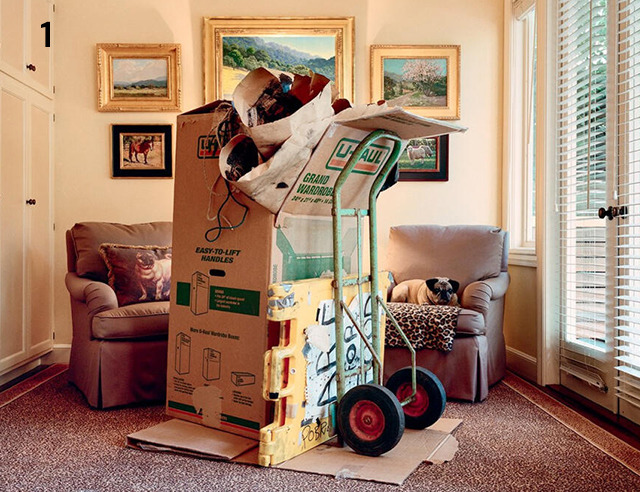 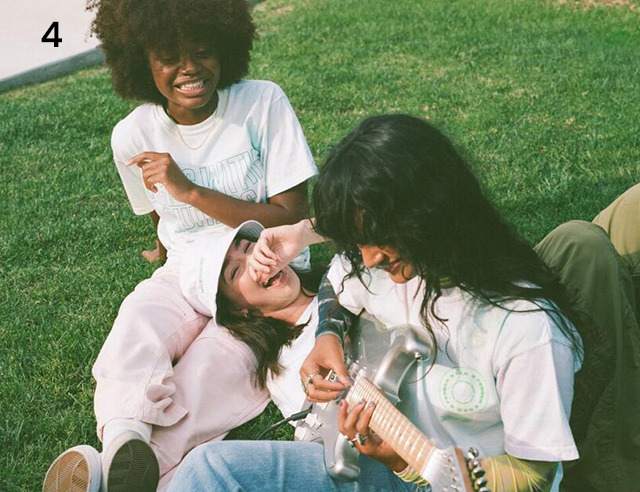 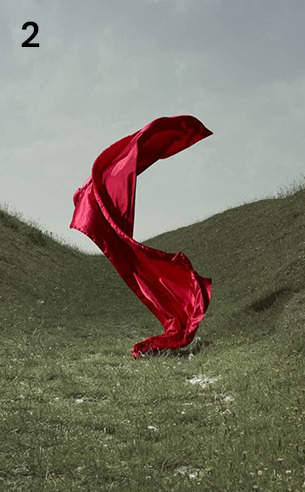 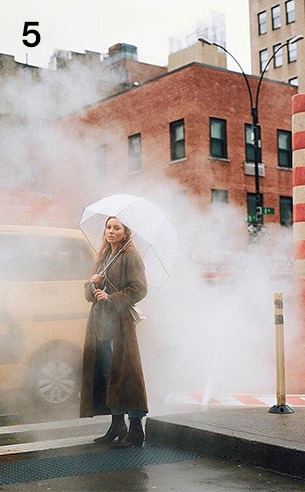 5. Environment: From Urgency to Emergency 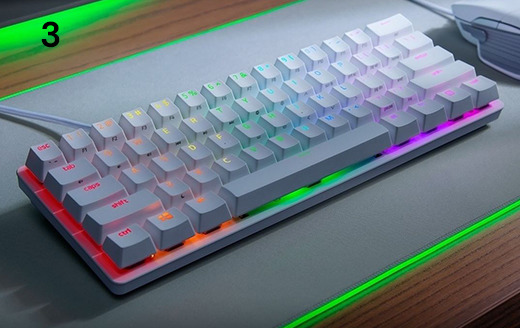 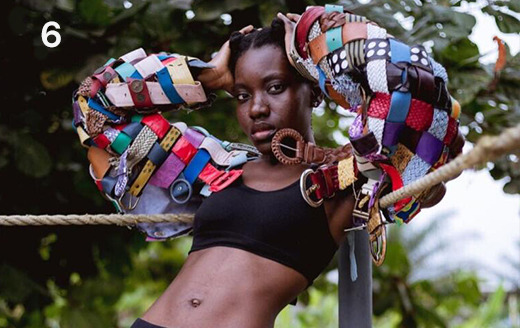 The overwhelming sentiment driving 2023 will be the concept of emotional plurality.

This is the very nature of emotional plurality – occupying multiple emotional states simultaneously due to an ever-changing and increasingly complicated world.
Emotional acceleration has characterised 2020, when feelings have been heightened and diminished based on different inputs. Between the 24-hour news cycle, social media feeds, global social justice movements and the climate crisis, people have struggled to process emotions at the speed of change.

By 2023, we will see a shift towards acceptance and the ability to manage multiple emotional states. While the inputs may differ, the outputs will result in reforming traditional institutions, renewed appreciation of community and a resurgence of optimism.

WGSN Beauty arms you with the right information, at the right time, to develop your next generation of instant-hit and long-term hero products.

The confluence of Covid-19, racial disparities and widespread civil unrest has culminated in a fractured society.

Citizens are questioning the foundations and structures of the societies they inhabit, and they are pushing to address the root cause of issues, not just the symptoms. There is a mass awakening that racial and educational inequalities are inextricably linked. As a result, individuals and organisations are championing solutions to ensure systemic change is enforced.

Action accountability: A black square on a social media page is not a diversity plan. In 2023, consumers will expect brands and retailers to hold themselves accountable for diversity at every level of the business. Initiatives including the 15 Percent Pledge and The Board Challenge are gaining momentum, and by 2023 people will expect to see systemic change, not just social pledges. In response to the Black Lives Matter movement and the lack of substantial brand activity, Aurora James, founder of Brother Vellies, established the 15 Percent Pledge. Mirroring the fact that Black people in the US comprise almost 15% of the population, James petitioned retailers to “commit a minimum of 15% of their shelf to Black-owned businesses”. As the movement garnered widespread social support, companies such as Sephora, Rent the Runway and West Elm joined the cause. In October 2020, Macy’s became the largest retailer to commit to the pledge, alongside its other diversity and inclusion measures. The department store has set an objective to “achieve 30% ethnic diversity at senior director level and above by 2025”.

Reforming school: Many countries are re-evaluating their educational structures and how to make them more equitable. The flaws of the education system are underscored in the US by a whopping $1.6tn in student debt and an unstable job market with mounting unemployment rates. “If the education system does not reform at all levels, the cold hard calculus of market economics will sweep much of it aside, taking with it the most precious and delicate aspect of education: engagement,” says Sanjay Sarma, Professor of Mechanical Engineering and Vice President for Open Learning at MIT (Massachusetts Institute of Technology). “We must reanimate engagement in education in 2021 and beyond as we slowly dust ourselves off after this brawl with nature.”

In July 2020, India instituted a new education policy for the first time in 34 years, replacing its National Policy on Education from 1986. The initiative is designed to improve the country's school and pedagogical framework and it includes, among other directions, the instruction to revive the pre-colonial education system. As noted in Decolonisation: Evolving Social Values, the initiative hopes to transform India into a dynamic knowledge society by creating a more multidisciplinary and future-forward curriculum.

In other parts of the world, educational curriculums are also under the spotlight as historical negationism is called into question. An investigation by The New York Times found that the same American history textbook differed in content between states, influenced by partisan politics. In the UK, a social enterprise group known as The Black Curriculum is fighting to reform “the future of education through Black British history” with the aim of ensuring that Black history is embedded in the school syllabus.

Similarly motivated by future-forward education, Singapore is reforming its education system to be values-based, with less emphasis on academic results by 2024. The values-based action plan is based on a wider framework set out by the OECD: Future of Education and Skills 2030, which is being used by multiple countries. For some regions, equitable education isn’t solely for the youth. In Korea, rural schools are seeing downsizing due to record low birthrates, but instead of closing these schools, mature women who have previously been denied education access are now attending alongside the younger students.

Trace your steps: Be transparent with your diversity initiatives. Make your diversity and inclusion goals public and share regular and detailed updates. Look to LA-based direct-to-consumer womenswear brand Dôen, which, after posting a black square on Instagram in June 2020, released its “Anti-Racism Accountability” statement, outlining short-term and long-term goals to ensure profound change in its recruitment and hiring practices. Since June, Dôen extensively outlined a new partnership with Historically Black Colleges and Universities (HBCUs) for recruiting, as well as a breakdown of the team’s racial and ethnic composition. To stay accountable, Dôen has committed to posting quarterly updates across social media and its online journal.

Companies including Starbucks and Google have taken public pledges to ensure a more diverse and inclusive workforce. By 2025, Google aims to have 30% of its senior leadership team composed of underrepresented groups, and Starbucks has committed to have 30% of its entire corporate workforce identify as BIPOC by 2025 – up from 15% in 2019. Qintess, one of Brazil’s top IT companies, committed to invest R$10m to boost diversity within its own company and seed capital to BIPOC-led startups. 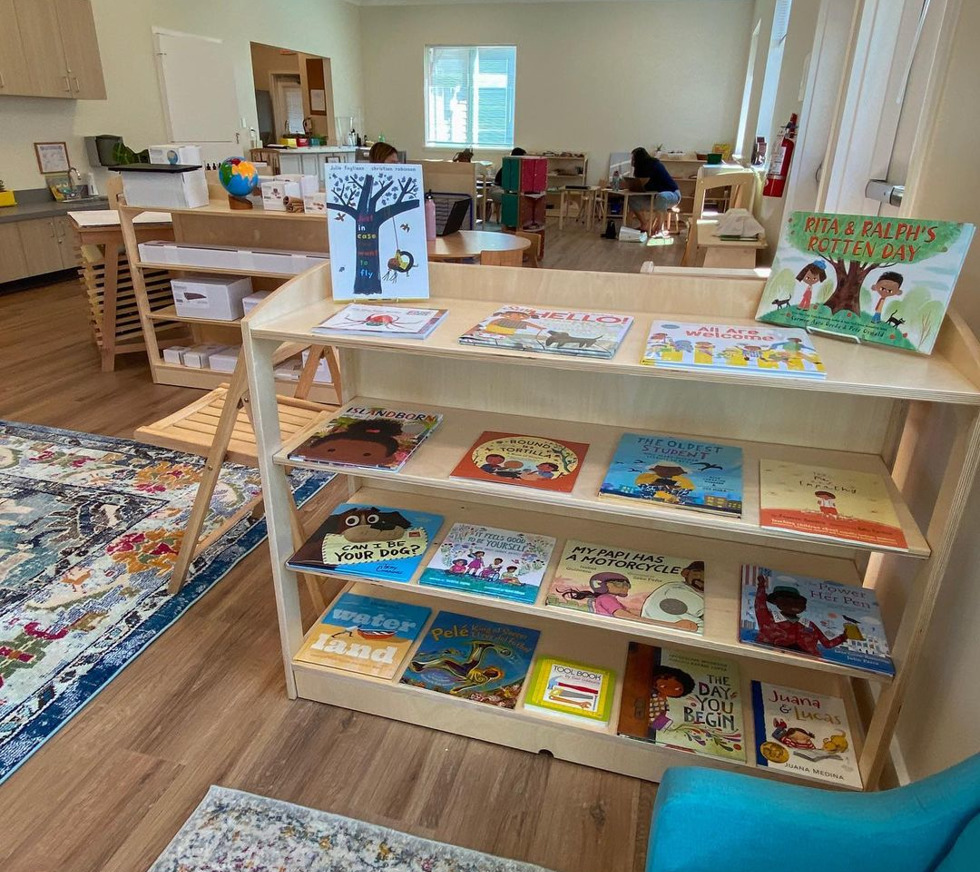 Thank you for reading this sample report! 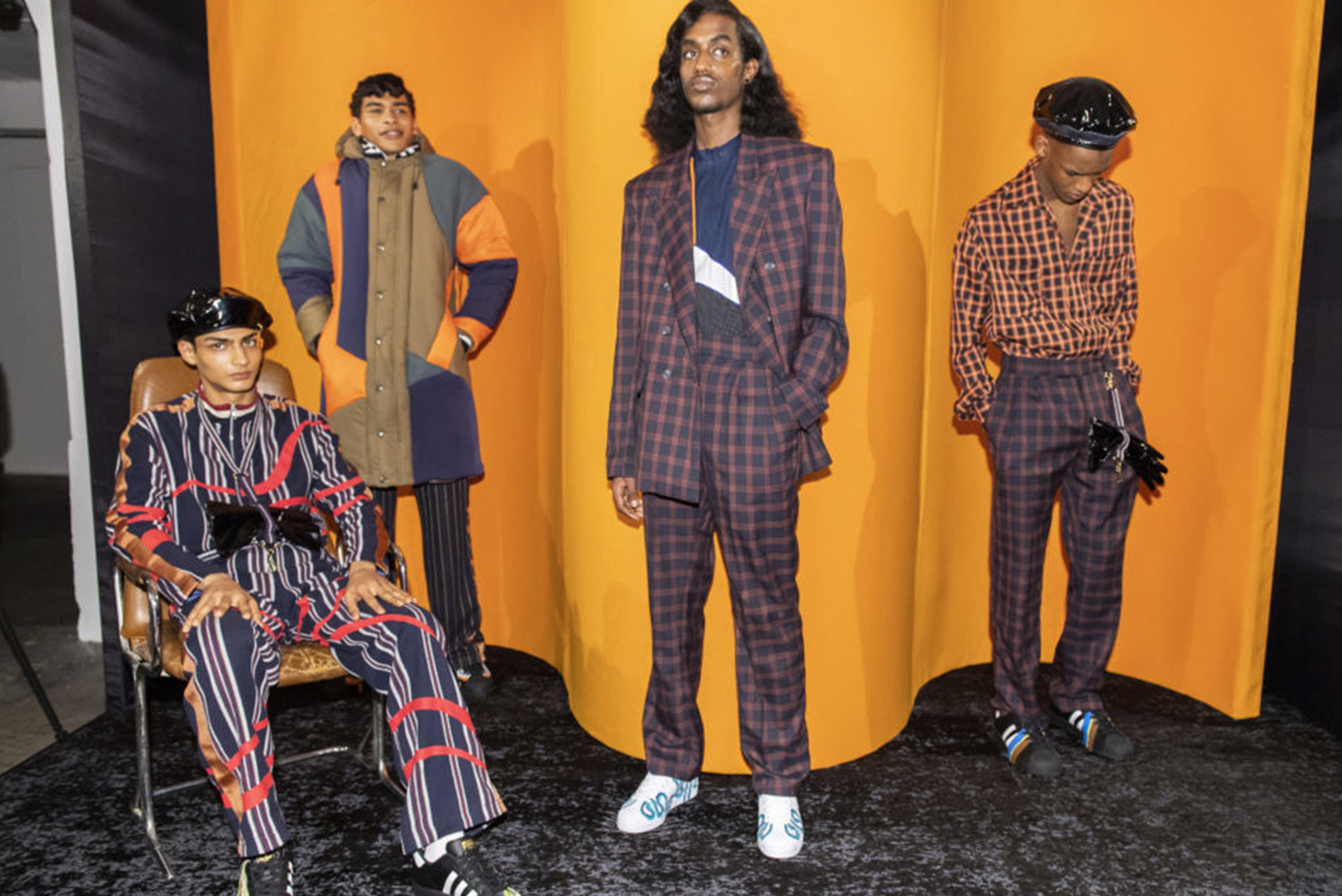 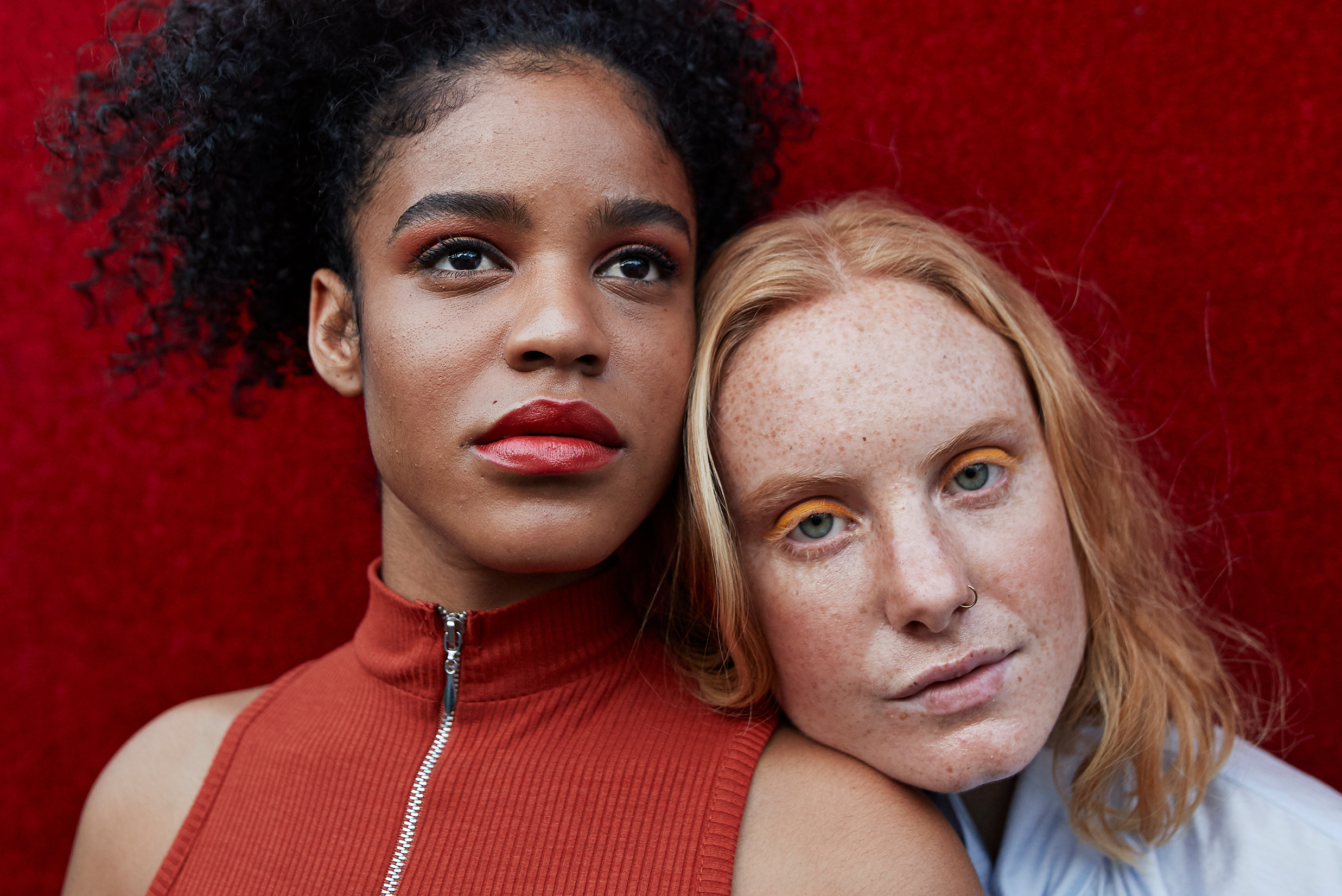