Already a WGSN member? Log in now. Not a member yet? Request a demo
10 Key Trends for 2021 & Beyond | WGSN
IntroductionChickenless eggsColour of the Year: A.I. Aqua GenuinfluencersJeck masks Digisexuality Mycelium and the mushroom effectThe circular runnerMolecular sipsFrom CBD to CBNRobot petsKey reports
10 Key Trends for 2021 & Beyond | WGSN
From digisexuality to mycelium and the magic of mushrooms, our global experts reveal what 2021 has in store
the WGSN Trend Team
12.15.20 · 7 minutes 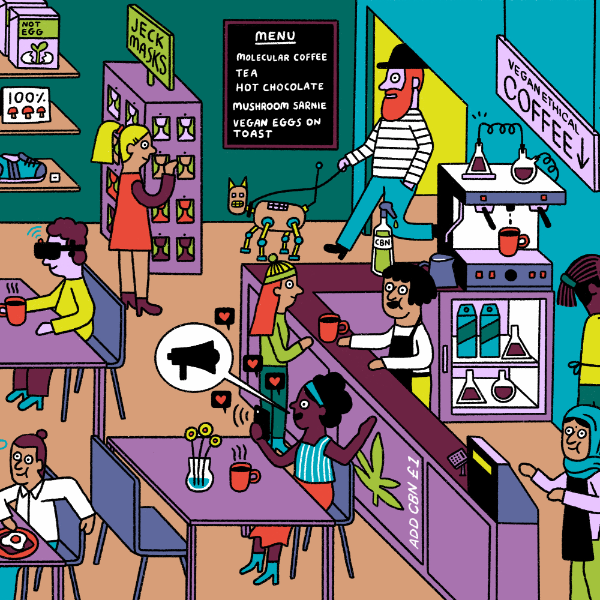 As 2020 draws to a close, WGSN reveals the 10 key trends for 2021, as defined by our global team of experts. We round up the highlights, including the hero colour of the year, some of the most exciting digital and sustainable innovations, and notable emerging consumer behaviours. To 2021 and beyond... 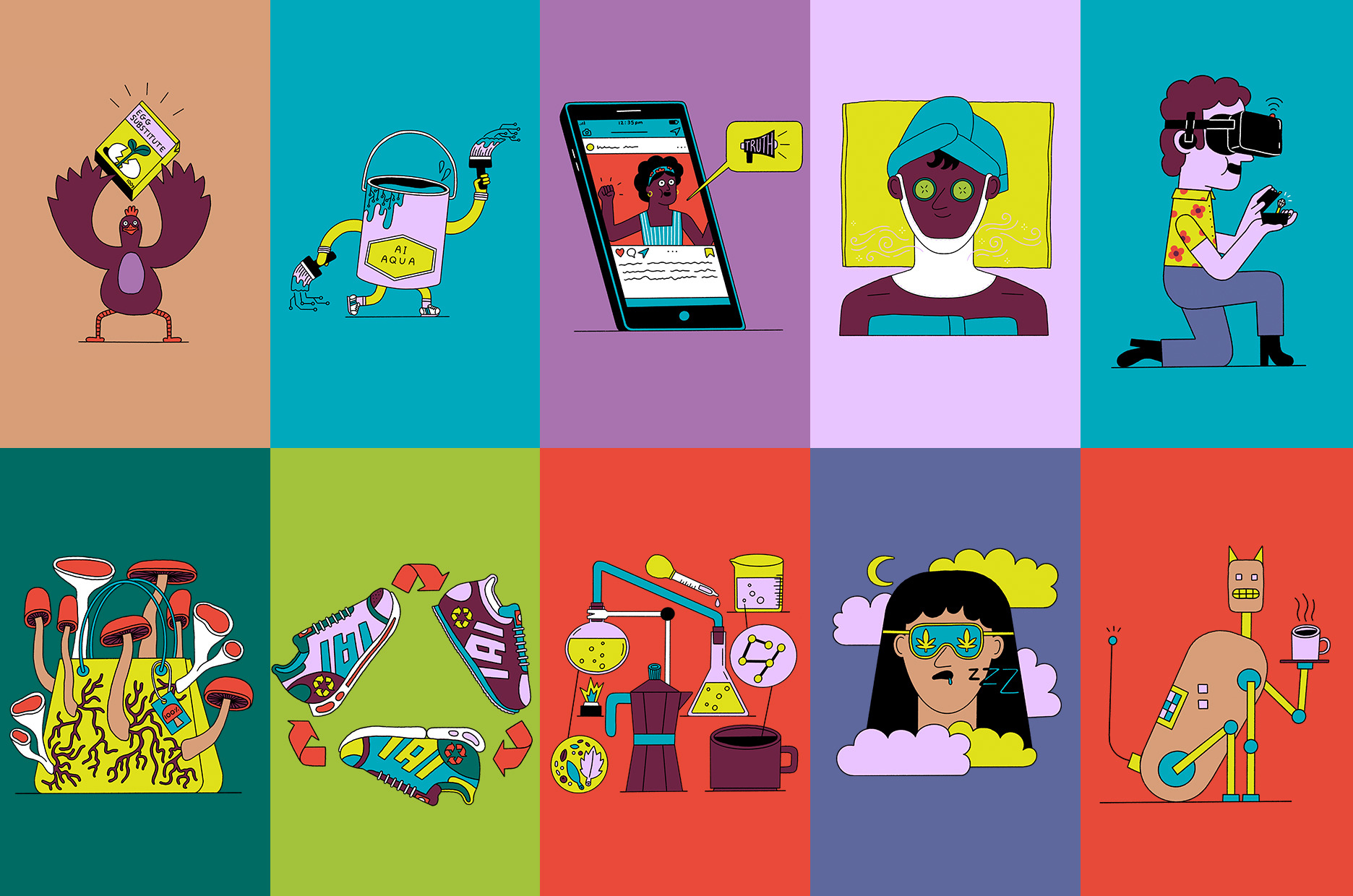 Will the unanswerable question over which came first – the chicken or the egg – soon be obsolete? Our Food & Drink Team forecasts 2021 will be the year when eggs not from chickens will proliferate globally, becoming the fastest-growing plant-based alternative food. These new egg substitutes go far beyond existing replacements to better replicate the look, taste and versatility of chicken eggs using plant proteins. By mid-2020, US leader JUST Egg had already sold the equivalent of 50 million of its mung-bean eggs and is readying an IPO and global expansion. Oggs Aquafaba in the UK uses the power of chickpeas, while Israel’s Zero Egg taps a blend of soya, potato, pea and chickpea. Watch for Evo Foods in India using native plant ingredients, and Clara Foods in the US employing fermentation for its egg-white alternative, to expand eggless choices for human health, animal welfare and sustainability reasons. 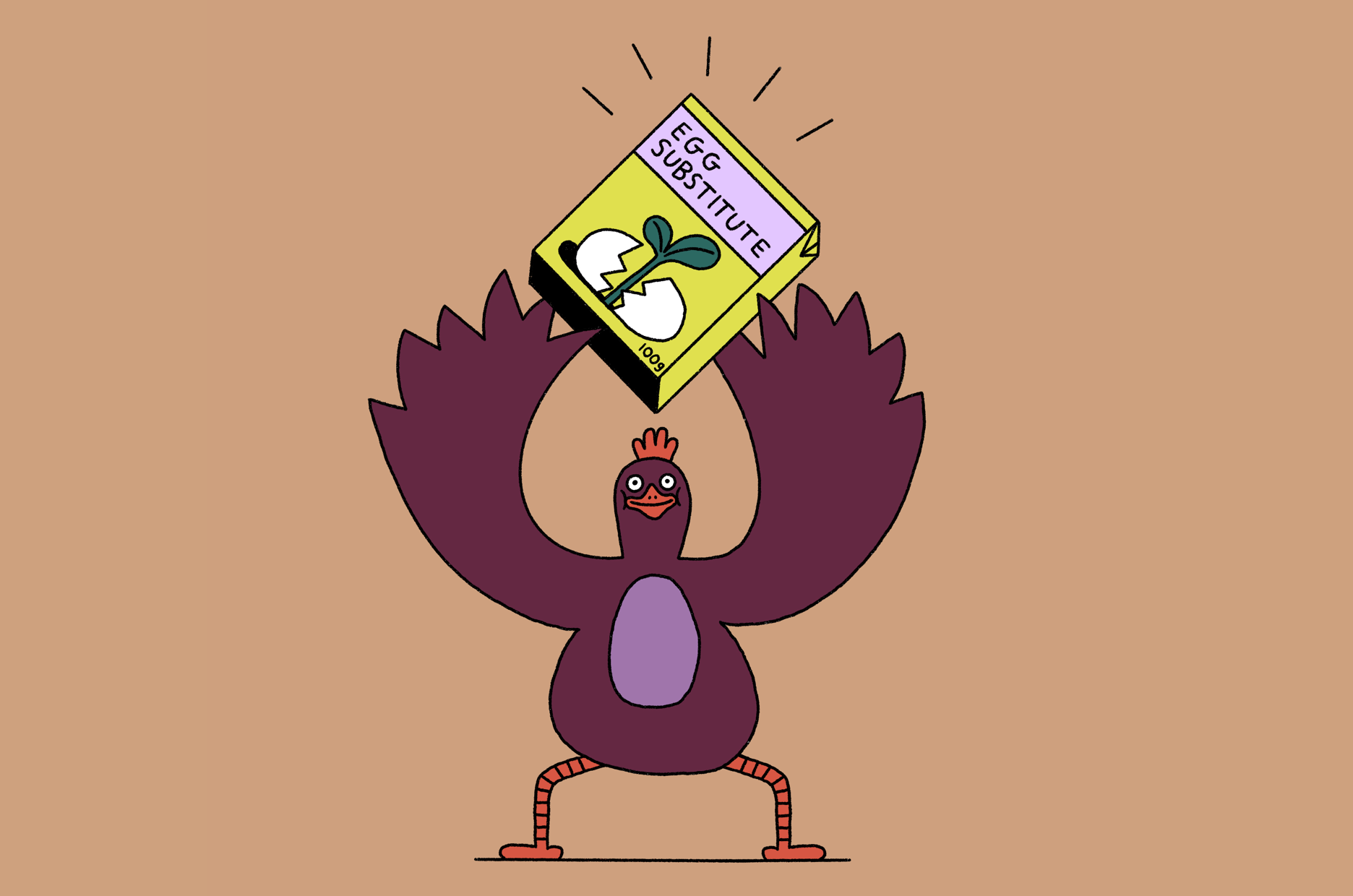 Lauren Humphrey for WGSN
2
2. Colour of the Year: A.I. Aqua

It’s perhaps no surprise that our Colour of the Year is digitally friendly. Back in March 2019, with our sister brand Coloro, we forecast that A.I. Aqua would have key relevance in 2021. Our tech-inspired hero colour to watch (Coloro: 098-59-30) is a truly versatile shade. It can look simultaneously sporty and trend-forward, making it suitable for fashion and activewear, but is also a fresh take on blue that’s suitable for interiors and tech products. A recent survey of the tones used on the world’s biggest websites found blue easily outstripped others, and shades of blue, which are used prominently in tech, are set to become more immersive and important. In a digital age when we’re able to curate our identities and our online personas are as important as our offline ones (if not more so), we expect this hue to resonate broadly with consumers and have strong appeal across all design categories and demographics. 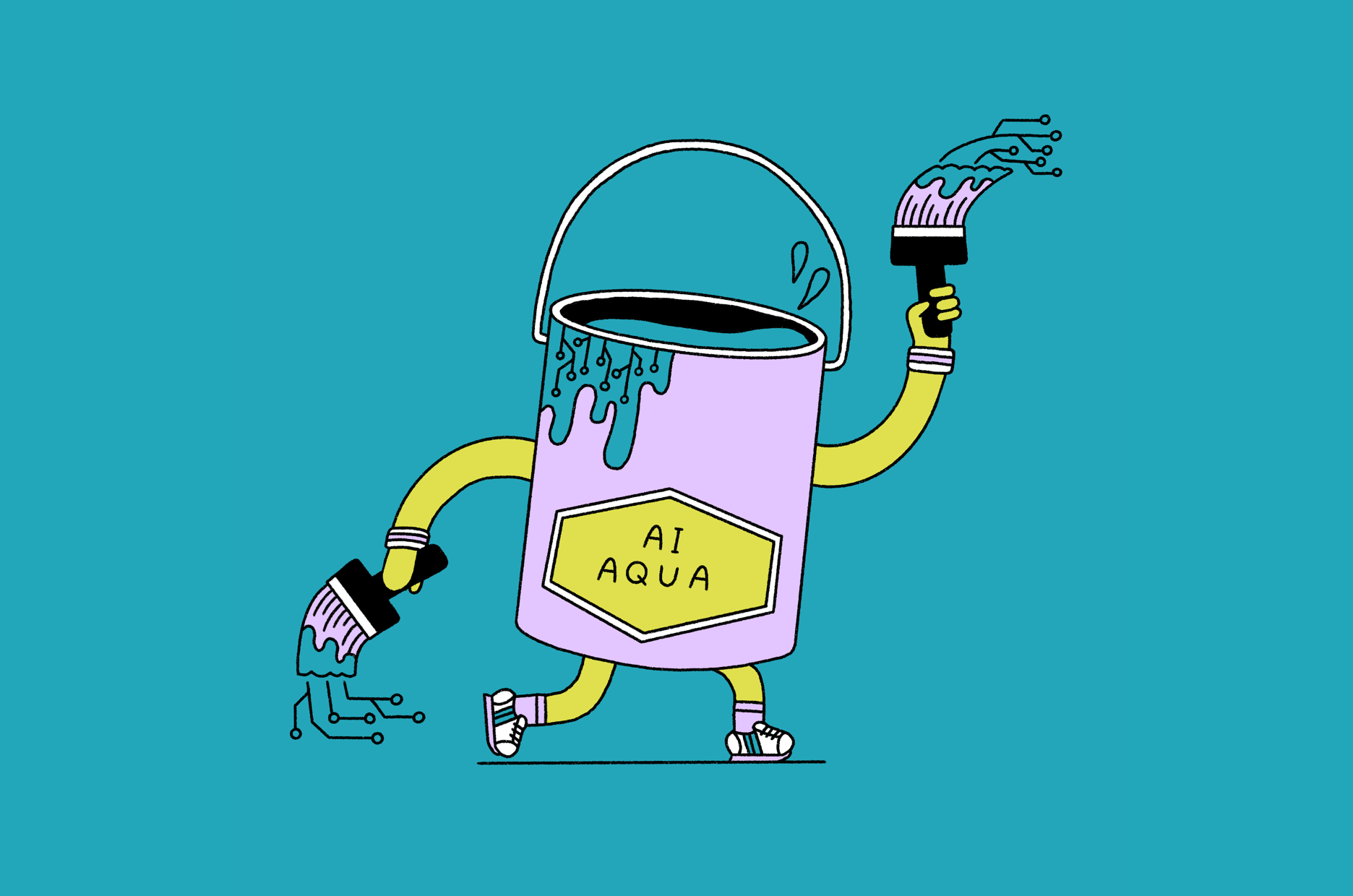 Meet the genuinfluencers, coming soon – just one swipe away from you. Social media influencers have evolved, but will continue to become crucial to the fabric of society. They will increasingly be employed to spread truth to their followers within an ecosystem crippled with misinformation. Look to Finland, where during the pandemic 1,500 influencers were named as essential workers tasked with spreading important information on safety. We’ll start to see a shift to virtual influencers, emerging to share key information and truth on behalf of groups such as the World Health Organization, which teamed up with virtual influencer Knox Frost during the pandemic to encourage donations and share helpful safety updates. This new type of serious storytelling will naturally and seamlessly integrate with influencers’ everyday lifestyle content, and will feel less like advertising and more peer-to-peer driven, with a focus on lessons learned over likes. 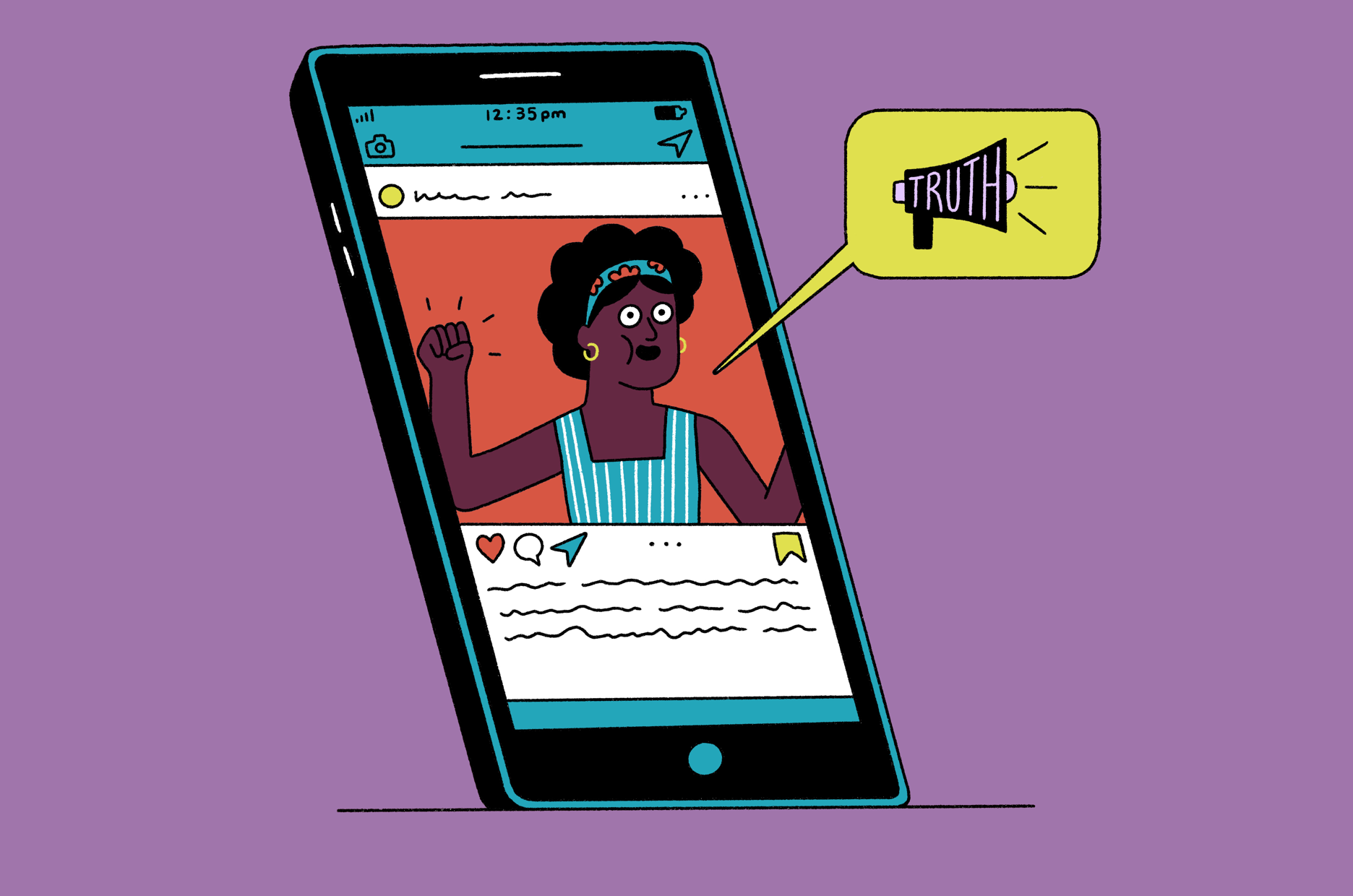 Jeck – that’s the jaw and neck area – is the new ‘tech neck’. Driven by increased time spent chin-down on devices and constantly seeing our faces on screen, dermatologists and aesthetic surgeons are reporting growing demand for jaw and neck ‘tweakments’ for sagging jawlines and crêpey necks. In 2021, this will spill into home-use alternatives, with beauty consumers seeking products and devices that deliver salon-grade results. Hydrating sheet masks, such as 111Skin’s Celestial Black Diamond, which extends beyond the face to treat the neck and décolletage, and area-specific masks, such as The Light Salon’s Hydrogel Décolletage Mask, and under-chin sling masks that ‘firm and lift’ double chins, will increase in popularity. Digital LED masks will also evolve to tackle jeck concerns. CurrentBody Skin’s The Neck and Dec Perfector can be paired with Insta-fave Light Therapy Masks to encourage the skin’s natural rejuvenation process. 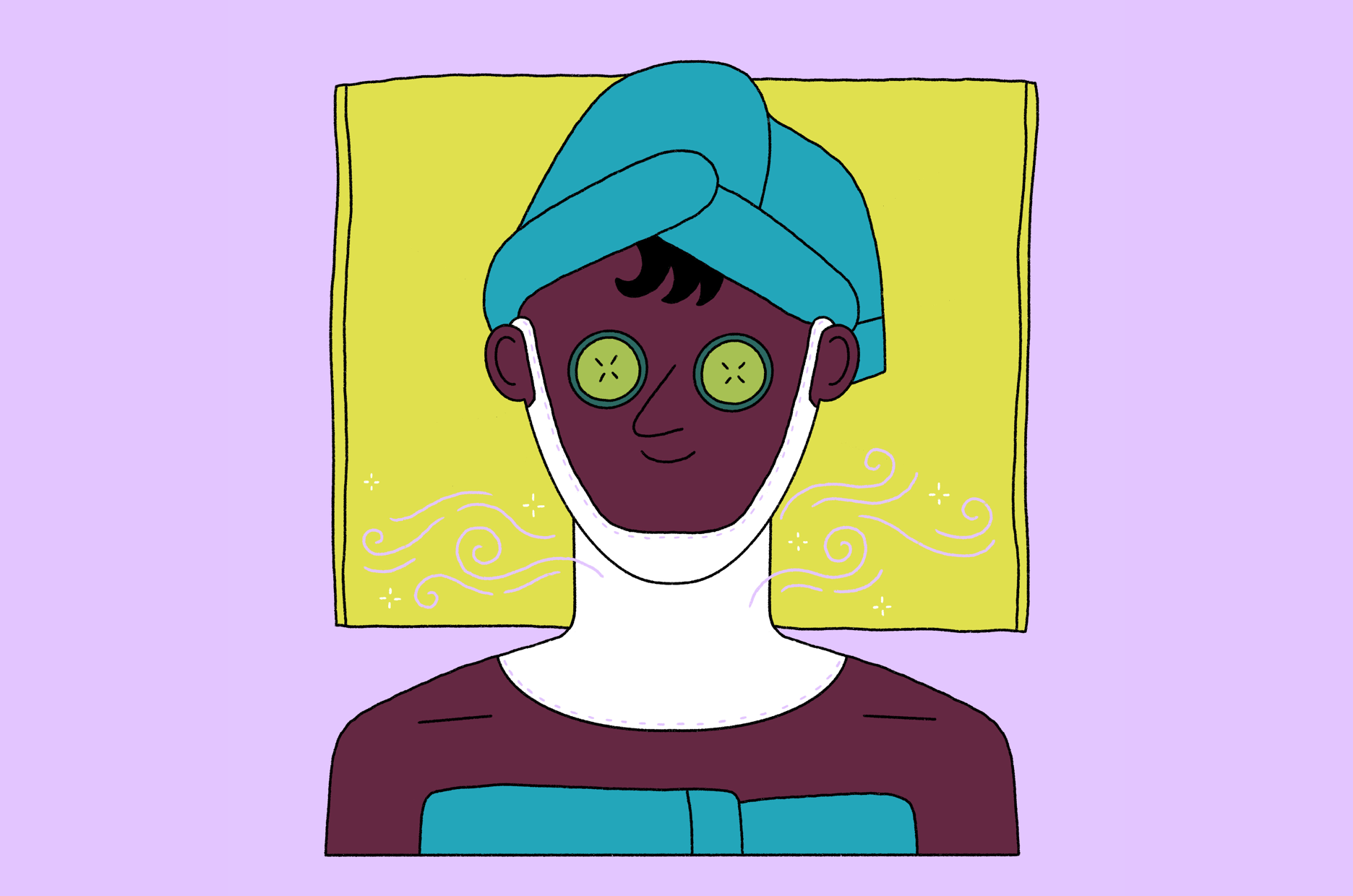 Forging real romantic relationships with tech will become more normalised as a result of our increasingly digital world – particularly as technology matures and becomes more intelligent. We identified this ‘emerging attitude’ back in early 2019, but like other trends the pandemic has accelerated this phenomenon because people have relied more on tech for love, intimacy and support as IRL human connection has become affected by social distancing. Some people have come to rely on tech now more than ever for emotional support and companionship. Those who identify as ‘digisexual’ leverage immersive tech, such as VR, AI and robotics, to cultivate a relationship without the physical or emotional need for other humans to be present. Or, presumably, all that messy emotional baggage.

Lauren Humphrey for WGSN
6
6. Mycelium and the mushroom effect

Mycelium is the material message for 2021. Mushrooms are the flora of mycelium, an underground network key to regenerative agriculture and carbon absorption. We’re already seeing mushrooms becoming an important ingredient in beauty products and food and drink. From mycelium leather for use in handbags, shoes and sofas to mushrooms grown for packaging wine and candles, it is expected to go beyond the experimental stage and scale big, and soon. Adidas, Stella McCartney, Lululemon and Kering have teamed up to invest in the novel biomaterial Mylo – each brand agreeing to spend seven-figure amounts, to scale up production and create a supply chain for the leather alternative. People are growing their own shrooms and mushroom farms are changing lives in Africa. Medicinal mushrooms will bloom, with psilocybin the latest drug to be legalised in Oregon, USA. Watch the magic of mycelium spread like… well, mushrooms. 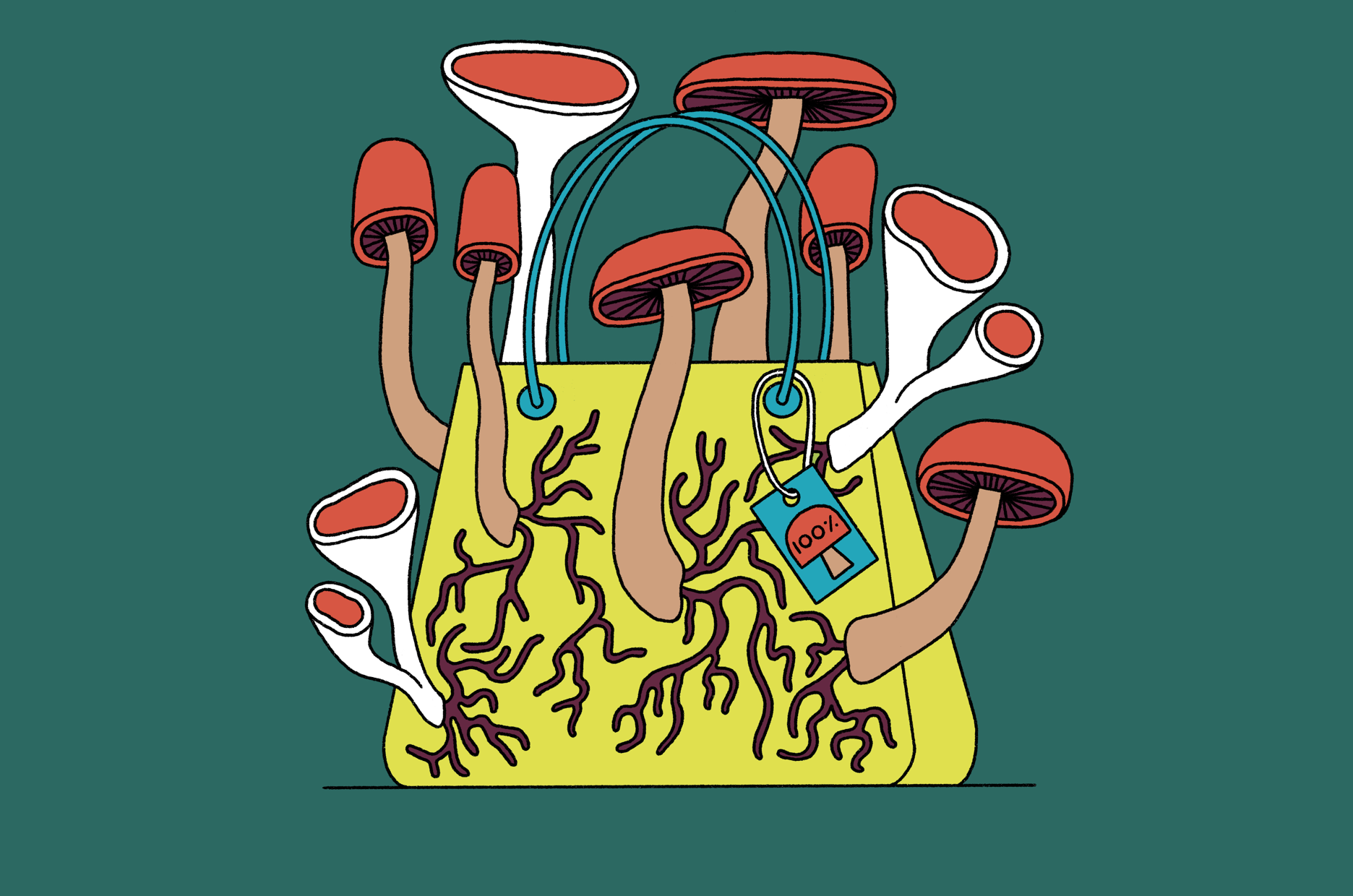 You’ve heard of the circular economy, where resources are reused continually without waste – now meet the circular runner, which sees this theory distilled into a shoe. Adidas is product-testing the Ultraboost DNA Loop, a sneaker that can be recycled at the end of its life and remade into a new shoe, with a view to a wider product launch in 2021. Smaller running specialist brands such as On Running are launching subscription running shoe services to start the shift to a closed-loop membership system, and French brand Salomon has created local collection points for its first fully recyclable running shoe, the Index.01 (the shoes will be washed and disassembled there so the materials can be recycled locally into new fabric or plastic pellets to make other performance footwear such as ski boots). If the circular runner is anything to go by, 2021 will see us picking up speed towards a more sustainable economy.

No, not the molecular gastronomy world of foams and liquid nitrogen – which many chefs have called a misnomer anyway. We’re talking about the science and technology sector sidling up to the spirits, wine and coffee industries, offering breakthrough beverages made not from grains, grapes or beans but meticulously composed molecules. Using reverse engineering, entrepreneurs can recreate aged whiskey and bourbon, moscato wine, aromatic sake and a good cup of coffee. These aren’t synthetic, but made with plant molecules that recreate the experience using less water, land, carbon and time. San Francisco-based Endless West is at the forefront of this trend with its Glyph whiskeys, Gemello wine and Kazoku sake, found in more than 800 locations in the US and Hong Kong. Atomo Coffee in Seattle uses upcycled plant materials such as pits, seeds and stems in its molecular recreation of coffee, aimed at reducing deforestation. And look out for the UK’s Alcarelle, a synthetic alcohol that intends to deliver the buzz but not the headache. 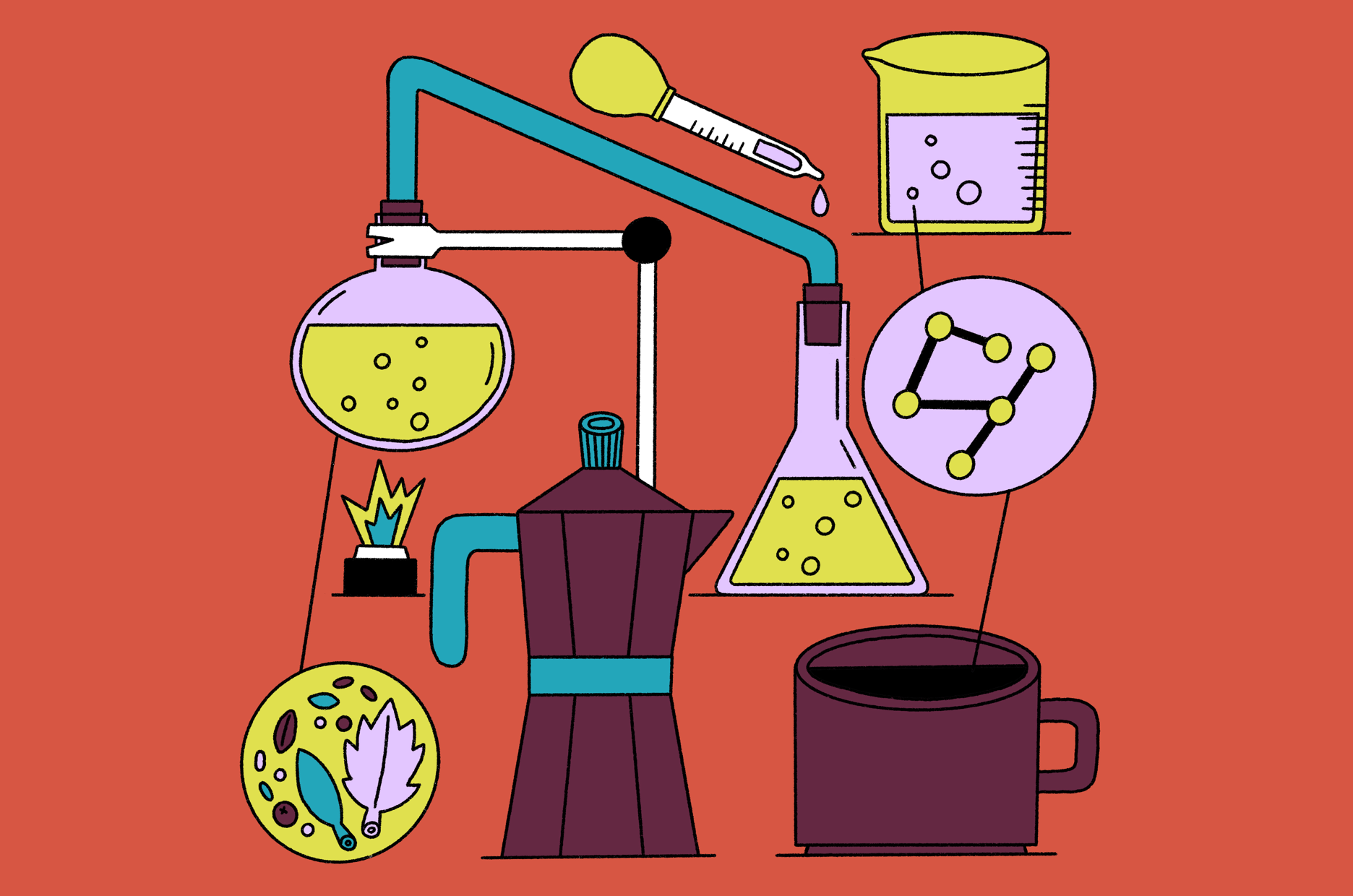 Lauren Humphrey for WGSN
9
9. From CBD to CBN

It’s no wonder that the interest in cannabinoids continues to grow with the increased stress of daily life. In 2021, we will see new compounds come to the fore. Enter CBN. Another derivative of the cannabis plant, CBN has stronger sedative qualities than CBD, making it particularly relevant during this post-pandemic era where ‘Covid-somnia’ and anxiety are part of the new norm. With sleep also vital to a strong immune system, wellness brands, such as California-based Kikoko and Colorado-based Slumber CBN, are creating CBN night-time tinctures and gummies to aid restorative sleep and boost overall health and wellbeing. Also watch out for ‘cannabinoid layering’ in 2021. Similar to fragrance layering in beauty, compounds including CBN, CBD and THC are blended to enhance their individual benefits via the ‘entourage effect’. 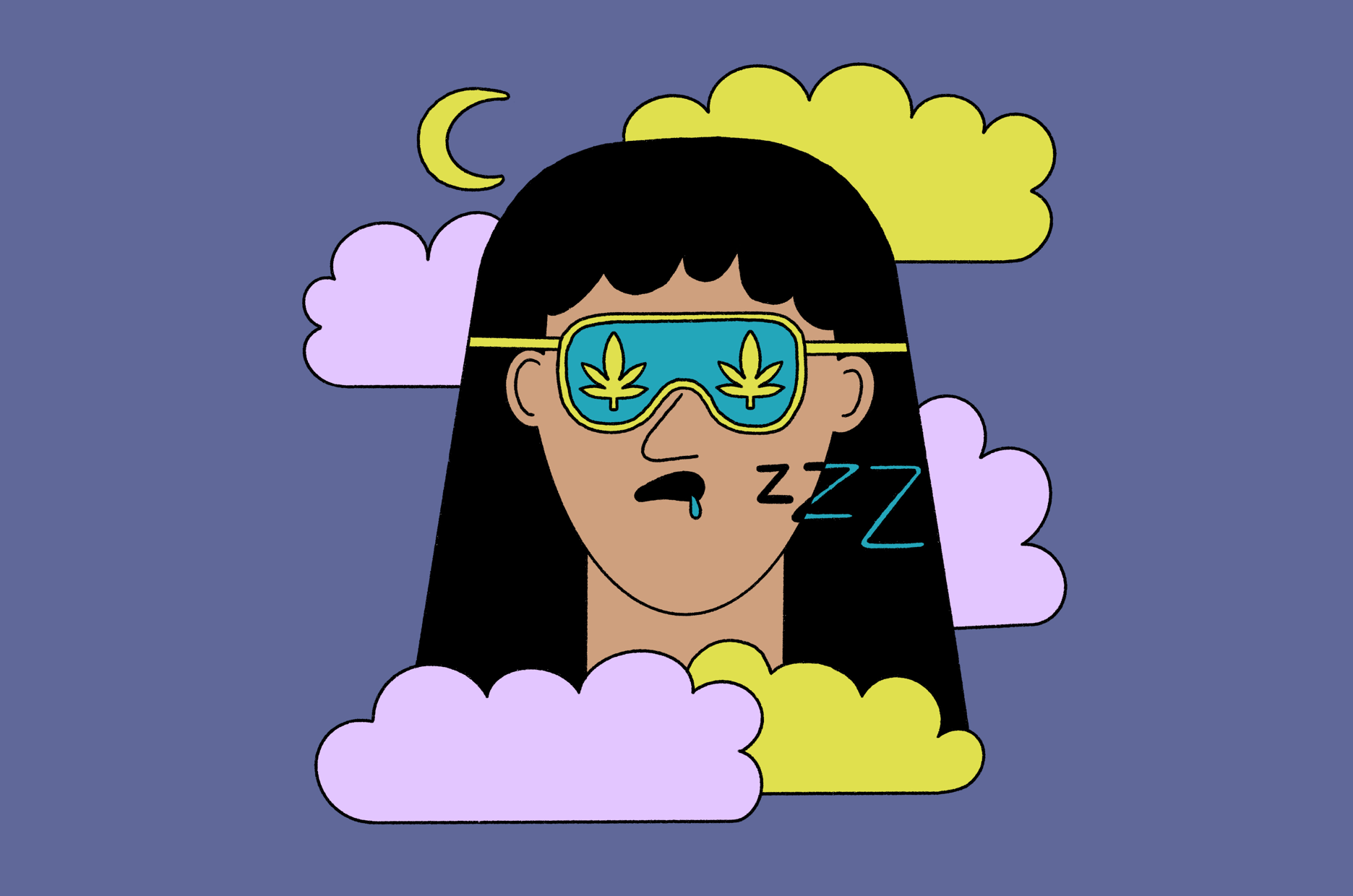 To combat lockdown loneliness, consumers have sought out new companions: plants, pets and even robots. With solo living on the rise, electronic companions are set to grow, providing social connection and someone to come home to, without any of the long-term commitment of a real furbaby. Robots will increasingly become part of the family household, too, as consumers move from relating to their robot vacuum on a first-name basis to having a full-on robot friend at home who can balance writing shopping lists with keeping elderly parents company and supporting kids’ emotional wellbeing. For this reason, tech will be built with personality, with animators and psychologists brought on board to design character and empathy into machines, taking the human-robot relationship to the next level. 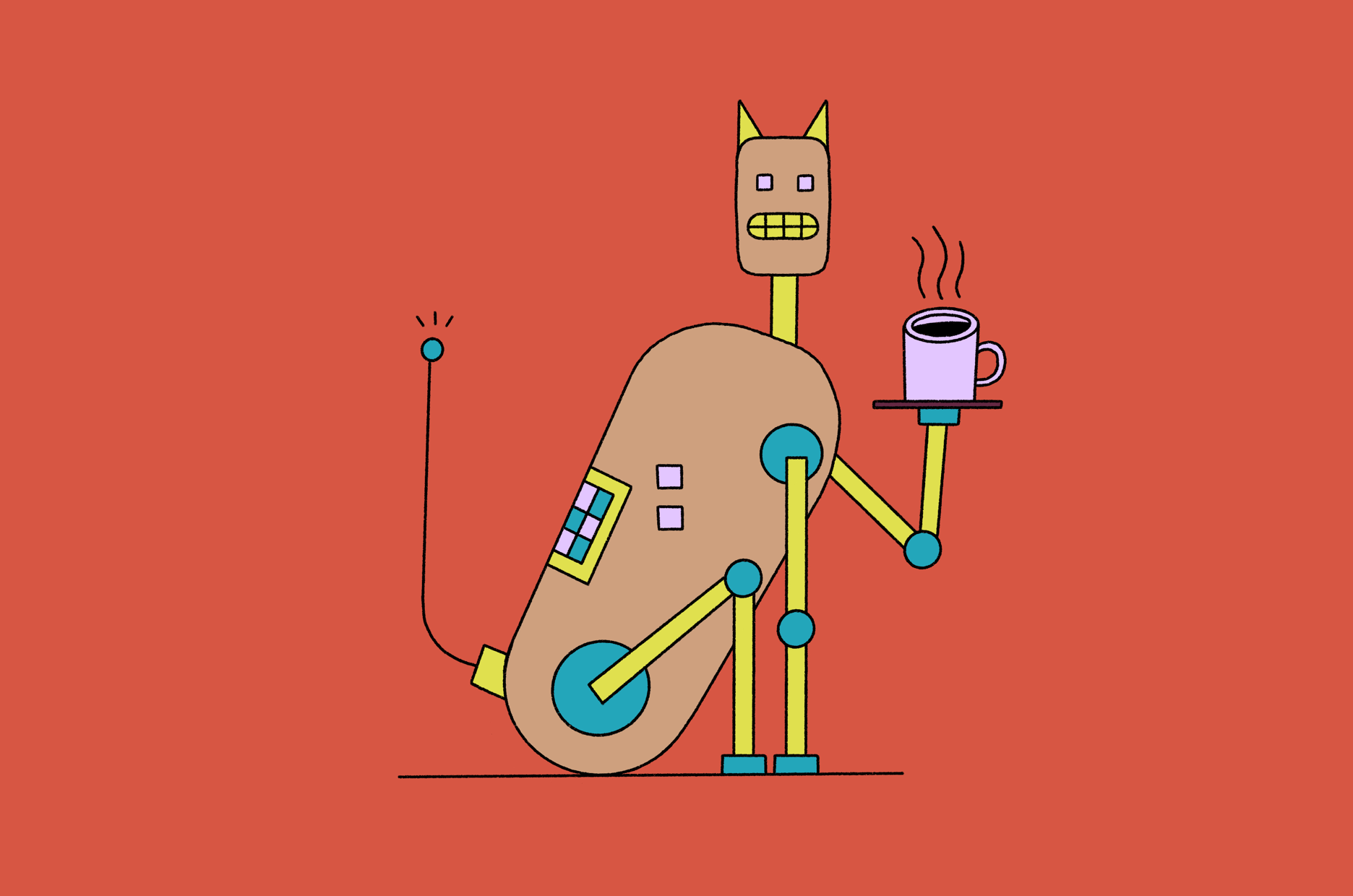 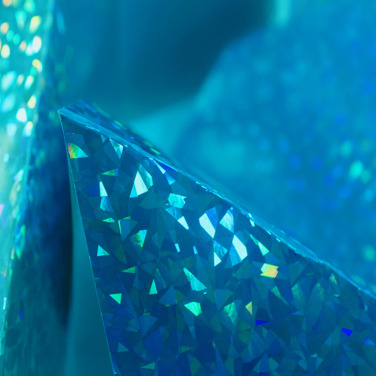 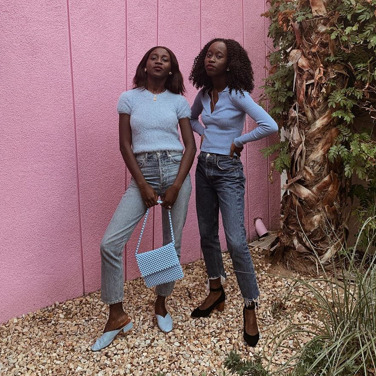 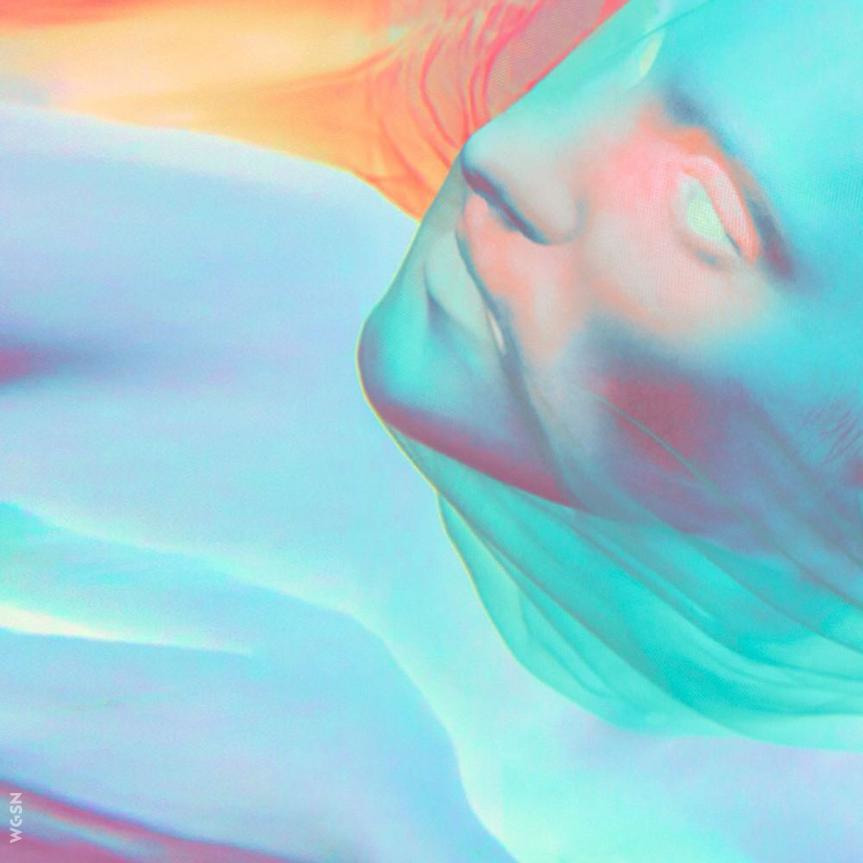 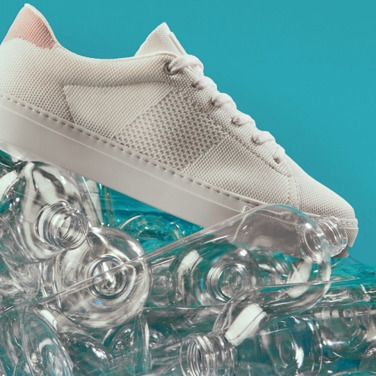 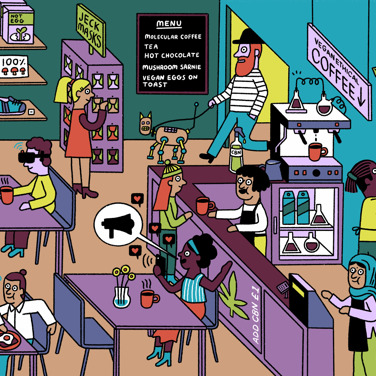