Already a WGSN member? Log in now. Not a member yet? Request a demo
WGSN | In-game Fashion: Avatar Apparel
AnalysisSelf-expressionBlending inThis is a sample reportVirtual hypebeastsAction pointsMore from WGSN
WGSN | In-game Fashion: Avatar Apparel
As the worlds of fashion and gaming collide, we explore how brands are creating virtual goods designed to help players stand out from the crowd
Matt Poile
09.15.20 · 6 minutes 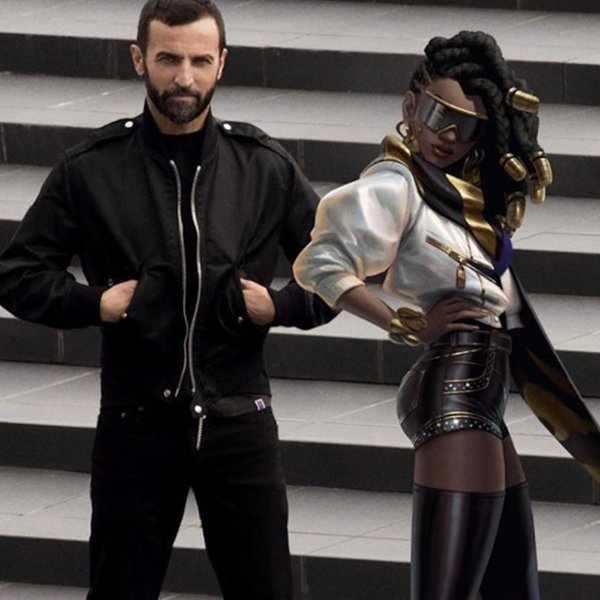 We've highlighted the rise of digital fashion and the growing importance of the third platform as a virtual hangout, and the gaming world is emerging as the natural space for these two trends to flourish thanks to its in-built networks of highly engaged players and a strong community aspect. Brands are now successfully entering this space, getting player avatars decked out in virtual apparel designed to impress.

As the fashion industry increasingly collides with gaming and more of our lives are spent online, brands are beginning to design apparel with the digital world in mind. As well as being a form of in-game advertising that can encourage people to buy from your brand in real life, skins and virtual outfits have their own intrinsic value as digital goods.

Skins are a crucial part of the business model of the free-to-play (F2P) titles that dominate the gaming industry and account for 80% of the $120bn spent on digital games in 2019. According to a 2018 survey, 59% of in-game spend on Epic Games' F2P title Fortnite was on character outfits. 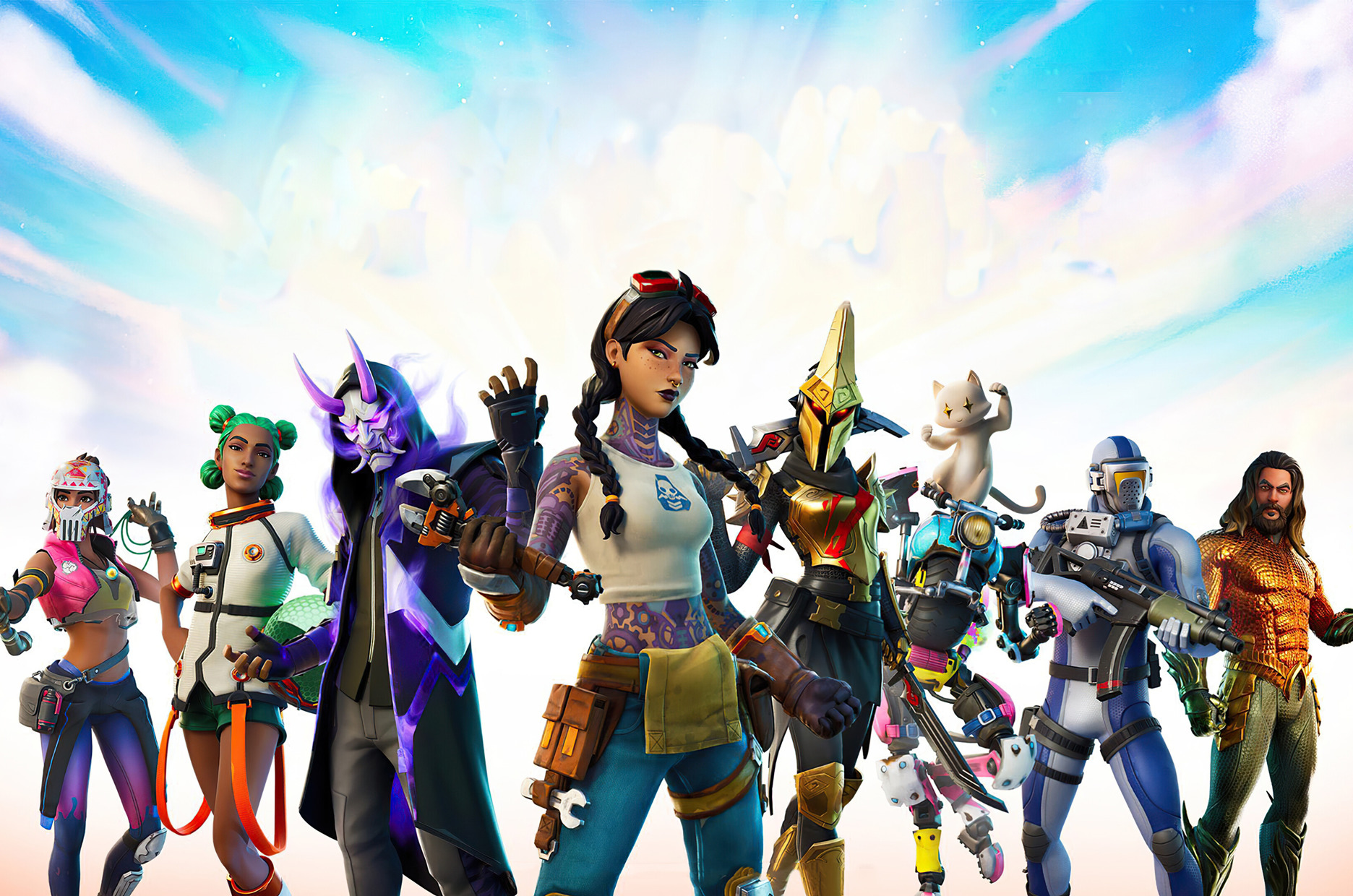 For almost as long as video games have been around, players have been customising their characters’ appearance, and now this vast and diverse audience want more ways to express their personality in-game.

As gaming hits the mainstream, reaching an estimated 2.7bn globally, and with more types of people than ever getting involved (see Gamer Profiles 2020), there is a huge opportunity for brands to reach players looking to express their personality through their virtual avatars.

Put simply, players want more ways to create a distinct and individual personal brand through their avatars. Virtual access to the brands they love in real life will be key to helping them achieve this.

From Twitch to Roblox, community is one of the major drivers behind the growth of the gaming industry. People are playing with and against their friends and hanging out in virtual worlds, and sharing the experience is a large part of the draw. Limited-edition skins are a way to show off status to other players, with the Children's Commissioner in the UK noting that Fortnite skins are now seen in the school playground in the same way as the latest pair of trainers.

Because skins are purely cosmetic, meaning they don't affect gameplay or a player's chance of winning, there's room for brands to experiment and let players find new ways of expressing themselves. Gaming is on track to be the world's favourite form of entertainment, with Netflix describing games such as Fortnite as its biggest rival rather than other streaming platforms. This is giving rise to new crossovers with celebrities, movies and fashion brands, such as Tissot watches in NBA2K20, Star Wars and Avengers Fortnite skins, Moschino outfits in The Sims, and Louis Vuitton's item and apparel design on League of Legends. 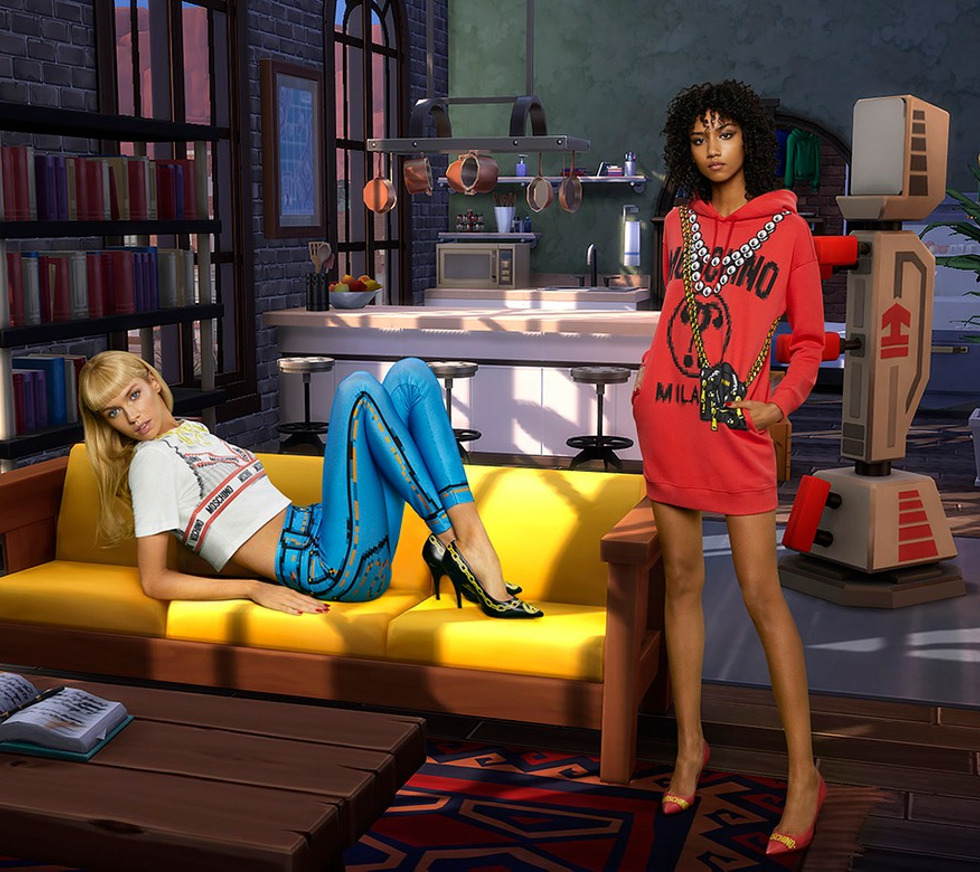 Moschino x The Sims
2
Blending in

Successfully integrating branded virtual apparel into a game is about fitting in, in an authentic way.

Just like a TV product placement, in-game branding has to blend into the fabric of a game and make sense in context. Many gamers take a dim view of brand presence they perceive as being overly corporate. Remember that for many players, gaming provides an escape from the pressures of real life, so prioritise the player experience and design with their enjoyment in mind.

In May 2020, Gucci partnered with mobile game Tennis Clash, which frequently appears in the top five sports games on the App Store, creating a range of digital outfits for players to wear in the game, including top, skirts, tracksuits and even socks, trainers and headgear. The game also hosted a Gucci-themed tournament and allowed users to buy real-life versions of the outfits from the game. Collaborations like this, which put an elevated spin on a familiar game while feeling fun and even slightly silly, will win with players who are there – most importantly – to enjoy themselves.

The door is wide open for non-endemic brands to partner with companies within the gaming industry. Fashion brands should look to use their design expertise and knowledge of what their customers want to wear in real life to partner with gaming companies and create fun and unique experiences for players. 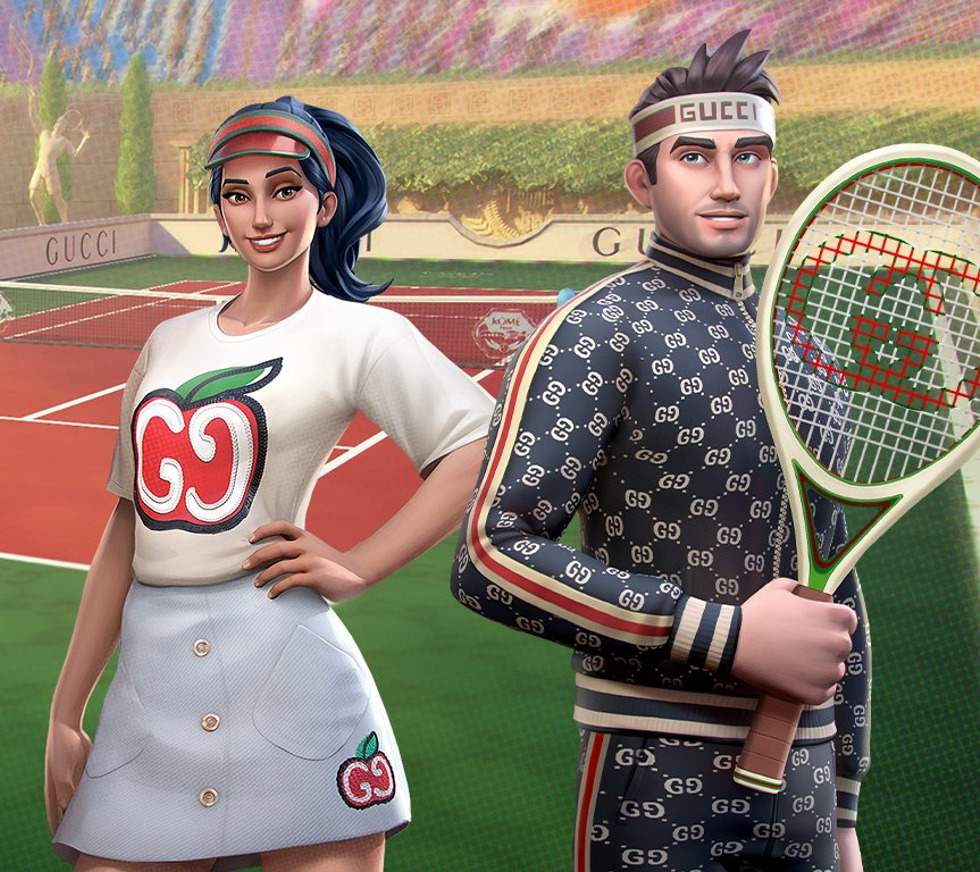 You are currently viewing sample pages of this report.

Luxury brands and streetwear labels that have built their brand identities around scarcity and exclusivity are extending these concepts into the virtual arena.

Louis Vuitton has produced several Prestige Edition skins for League of Legends, continuing the luxury brand's ongoing partnership with the world’s most-played esport. Created by creative director Nicolas Ghesquière, the hip-hop-inspired outfits were available at a considerably higher price point than regular skins and only for a limited time. The partnership reflects the importance of Chinese Millennials to the luxury market in APAC, as well as the popularity of the game there.

Looking to the streetwear market, League of Legends has also collaborated with AAPE (a sub label of BAPE) to produce a clothing line and in-game True Damage Yasuo skin. As we explored in Esports Market Analysis 2020, there's a growing crossover between streetwear and esports, and this points to a huge potential for rare and exclusive virtual goods going forward.

Non-endemic brands in other categories and companies within the gaming industry should look to collaborate with emerging digital streetwear designers such as Happy99, Carlings and Janis Sne to create desirable virtual goods and build hype.

In China, Net-a-Porter worked with Chinese fashion designers to launch skins inspired by their S/S collections on Animal Crossing, which were made available to a limited number of players via QR code. As well as buying the virtual skins, users could buy the physical versions via Tmall.

A buoyant secondary market also exists on many games, with players trading and bartering over rare skins and items, often paying far more than the original price. The most sought-after and collectible skins command stratospheric prices in the tens of thousands of dollars (an ultra-rare CS:GO weapon skin sold for $61k in 2018), showing that this demographic of dedicated gamers have money to spend and remain a relatively untapped market.

Create ways for gamers to express their individuality

Gamers are not a homogenous demographic, so think outside of the box and design avatar apparel with different demographics in mind. Take into account underserved groups, such as women and disabled people

Prioritise the player experience when designing for games

Enjoyment is king, so create outfits and environments that work in the context of the game. Take the time to research the right game(s) that will work with your brand, whether it's a mobile sports simulator, a high-energy esports title or a more thoughtful strategy game 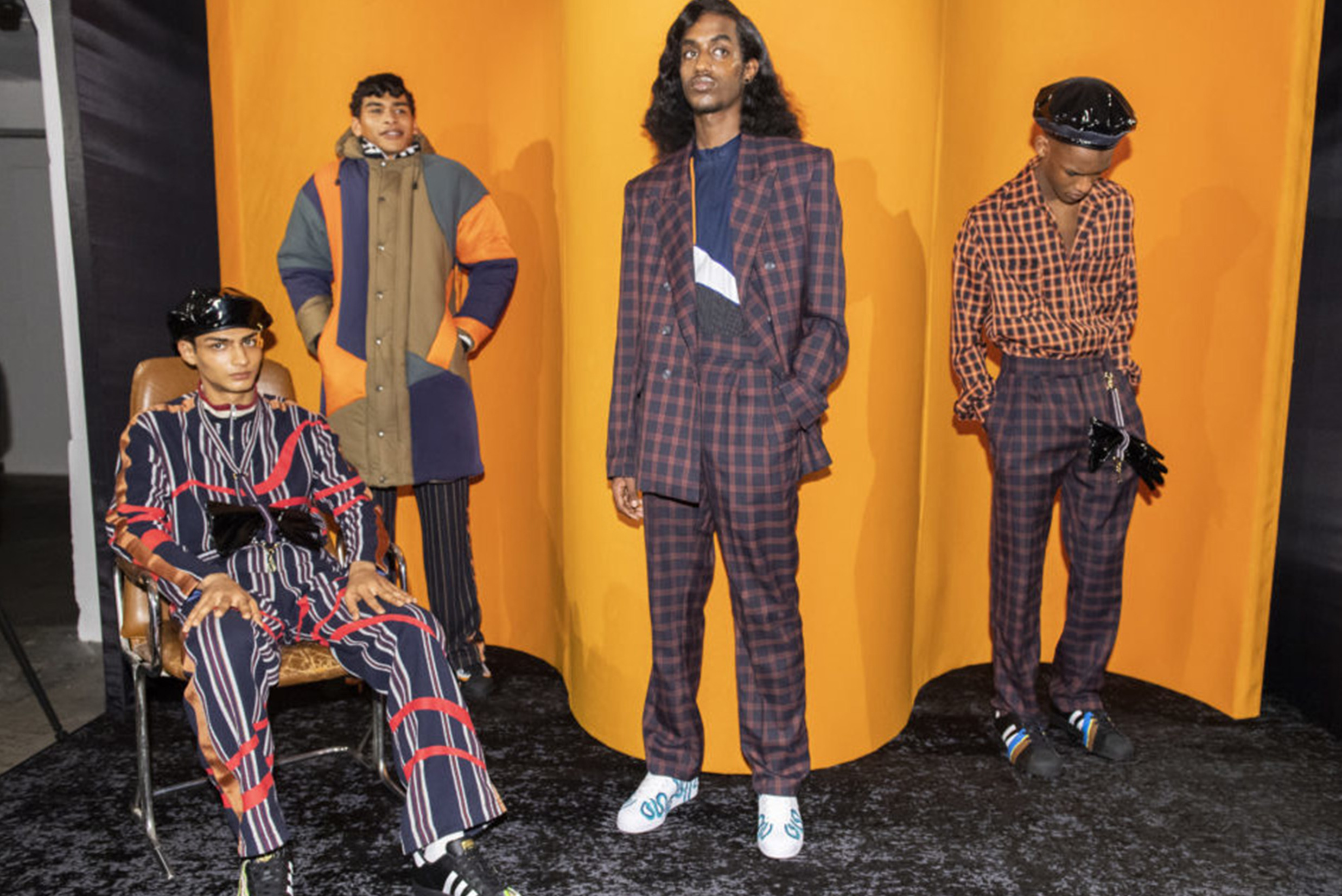 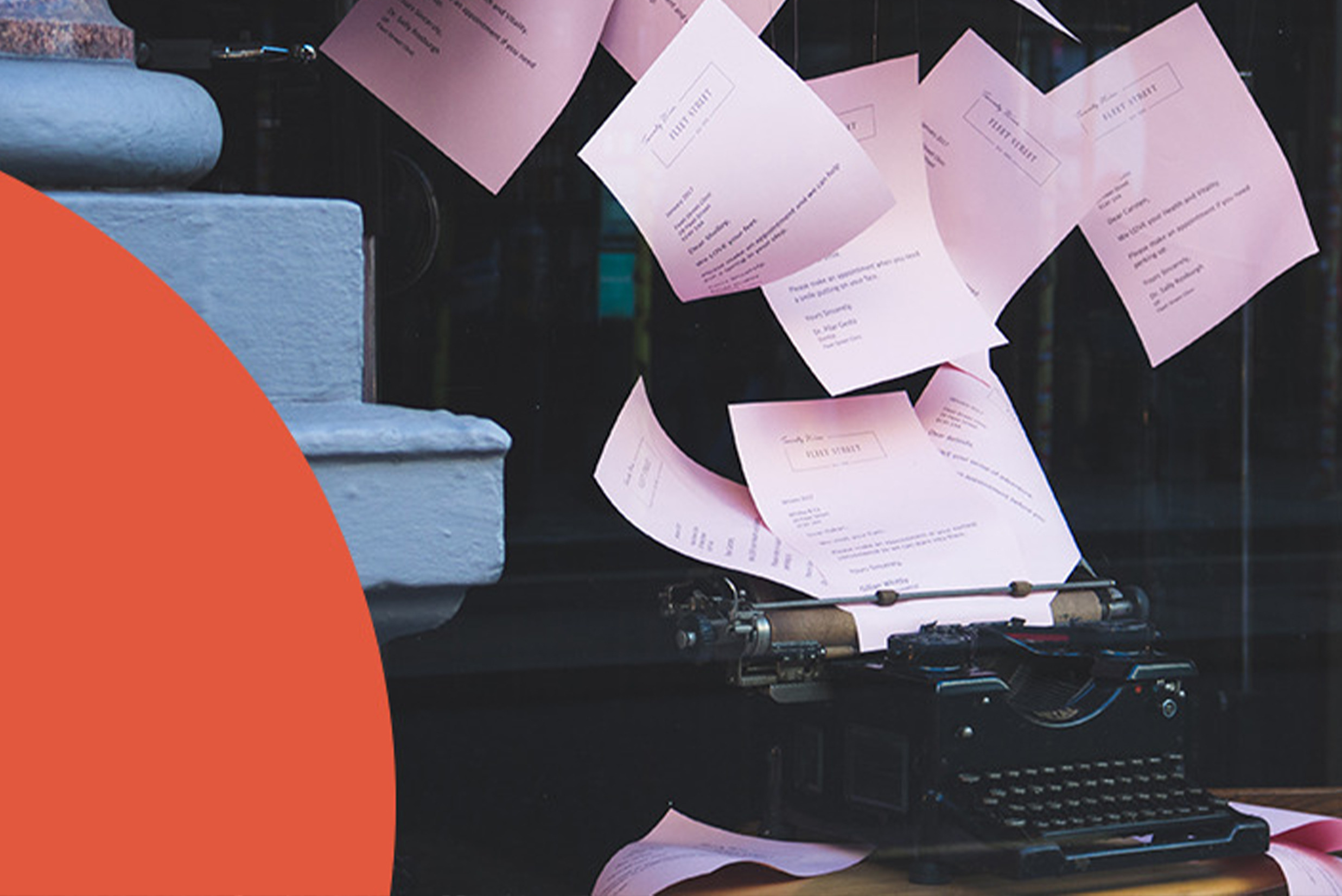 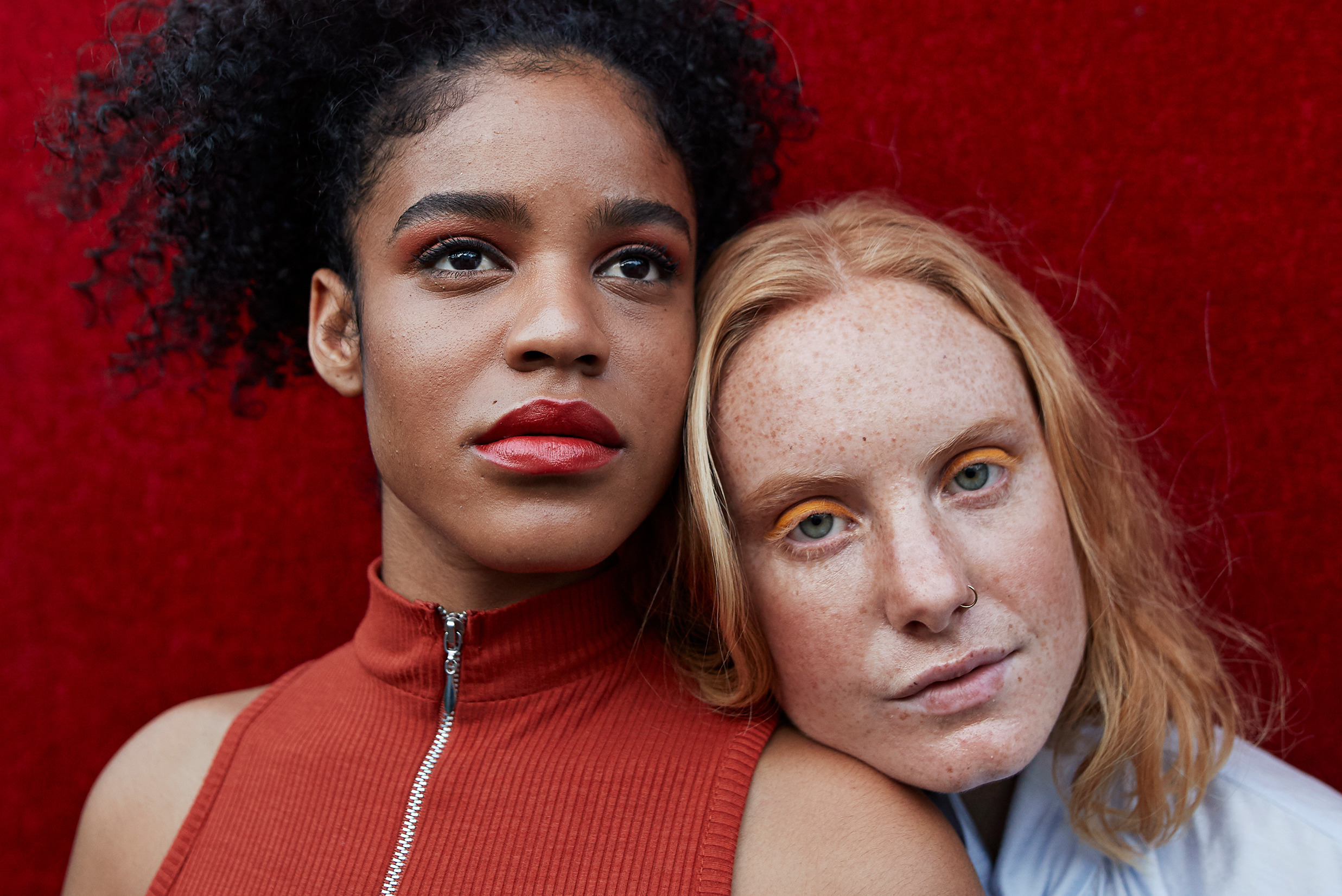