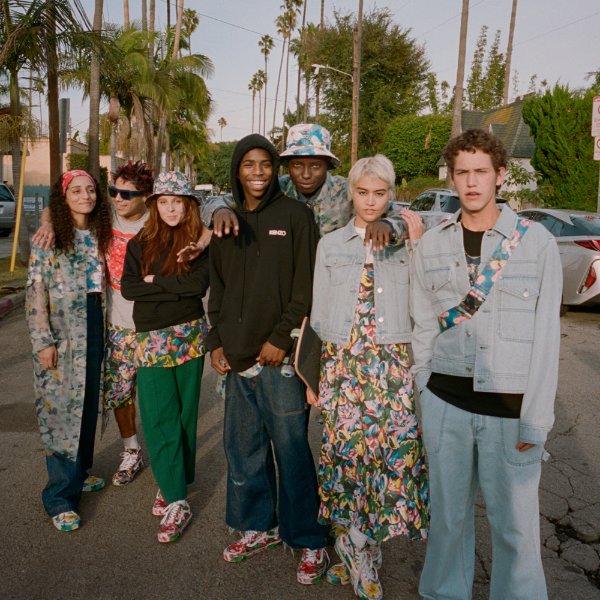 Over the last decade the power and source of influence has dramatically evolved, largely driven by transformations in mobile technology, internet culture and shifting consumer values.

In 2010, celebrity appeal drove the majority of brand partnerships as consumers looked to the stars with aspiration. Five years later, in 2015, as visual platforms like Instagram and Pinterest hit mainstream, along with other socio-economic factors listed in the infographic below, a new people-powered hero came into the spotlight: the influencer. While 'end of the influencer' discourse has been ramping up over the last year, the truth is influencers maintain relevance as a marketing tool, but not as much for immediate conversion.

In 2020, influencers are competing with creators and thought leaders, each of which are positioned to effectively engage their audiences through entertainment and information. As a result, the advocate takes centre stage, becoming a new standard for marketers to evaluate and select their brand partners. Advocates influence with authority, expertise, authenticity and values, eschewing highly product-driven narratives for human-centric stories and change agendas.

Social media is in its early stage of transforming from a place of individualism to a place of collectivism. This is creating new consumer attitudes that will alter what and how people share on social. Inconspicuous consumption will rise again, as people avoid excessive displays of materialism to ensure platforms are used for the greater good. 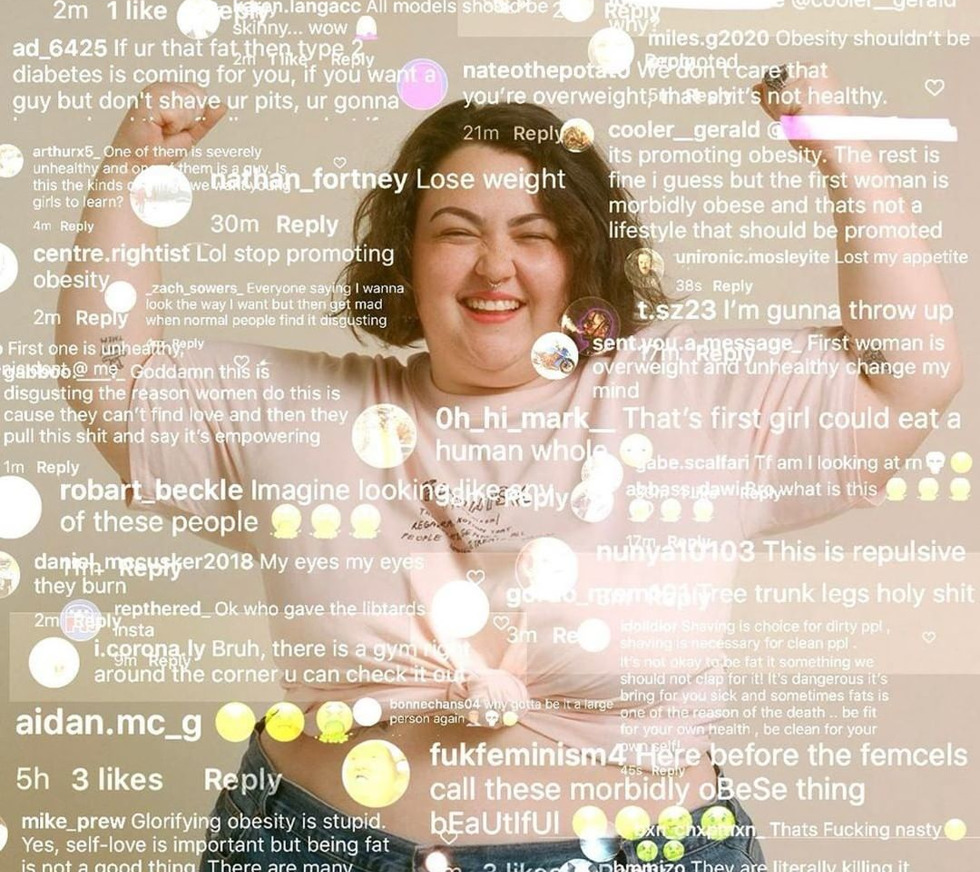 This infographic tracks the transformation from the 2010 Blogosphere to the 2015 influencer economy. Today, the landscape is not only fragmented and saturated, but also favouring a new breed of 'advocates'.

Influencers with over 100,000 followers only affect 6% of young consumer's purchasing decisions, according to Dazed, signalling an early shift away from product-heavy influencer marketing.

As noted in Influencer Marketing Trends 2019, sponsored Instagram posts soared in Q1 2019 while engagement rates dropped to an all-time low. Fast forward just one year later and the trend is starting to shift. According to a recent study by Socialbakers, the hashtag #Ad fell 30% in April 2020 compared to the year prior, making it the lowest month of paid influencer activity. While the pandemic's impact certainly affected sponsored content, this shift was already underway in January when branded influencer activity decreased 38% from a year earlier.

Sponsored posts aren't resonating with sceptical consumers who are inundated with fake news, overwhelmed with homogeneous posts and exhausted by the lack of substance on social media channels. In the wake of the 2020 Black Lives Matter protests, brands are purposefully pausing influencer deals to ensure they're sensitive to the times and using the time to strategically evaluate their influencer partners.

In some cases, influencers (whether micro or mass) are having an adverse impact due to widely documented social trends, such as plants and avocado toast, becoming overly pervasive. "Meet the unfluencer, the person who makes me want to do the opposite of whatever she’s doing and throw out whatever I already own that she has posted about," said Marisa Meltzer in The Cut. This new sentiment will continue to percolate among many consumers who are suffering from visual fatigue and seeking more meaning from the people they follow. 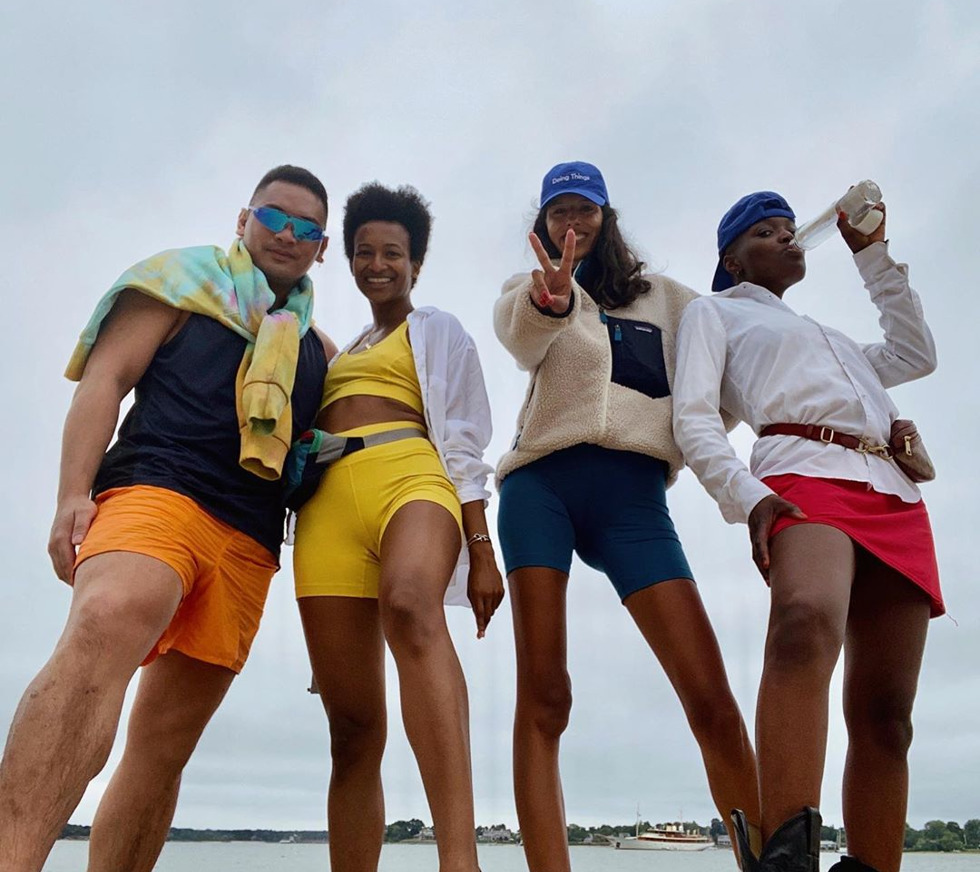 You are currently viewing sample pages of this report.

Driven by their ability to mobilise and motivate people, new social players will take the spotlight in 2020 and beyond.

These new social media voices are resonating more than ever with mass audiences who are looking for information as a source of inspiration. The unexpected events of 2020 have catapulted this cohort into influential territory, as people look to trusted changemakers for everything from product recommendations to political education. Advocates are able to influence with authority, expertise, authenticity and values. While these new voices are eschewing highly product-driven narratives for human-centric stories and change agendas, that doesn't mean they can't sell products; they just have to be meaningfully connected to the brand and maintained as a long-term partner to ensure buy-in from followers. As a result, advocates will become a new standard for marketers to evaluate and select their brand partners.

Look to Fohr agency, which recently rebranded as an ambassador marketing company, renouncing the term influencer and adopting a more long-term strategy for its brand partners. Whalar also instituted its Change Collective to curate more purpose-driven influencers for brands to partner with.

"Here is something uncomfortable but true: most influencer marketing doesn’t work. It’s become too transactional, too expensive, too much about chasing a paycheck than about building a partnership, but just because something is broken doesn’t mean it can’t be fixed."

While Instagram retains its focus on curation, TikTok ushers in a new emphasis on creating. As a result, entertaining and informative creators capture the attention of young people across the world.

As noted in the Social Media Drivers 2020 report, TikTok's arrival has reignited the creator economy. The platform's participatory nature has upended user behaviour, as consumers spend an increasing amount of time creating.

According to Blake Chandlee, VP of global business solutions at TikTok, the average TikTok creator spends approximately 50 minutes creating a TikTok, which is "an eternity" in comparison with other social channels. The effort behind crafting TikTok videos is thoughtful, strategic and culturally reflective, unlike Instagram, which requires less digital artistry (except perhaps for filter lenses).

While creators are also present on platforms like YouTube, TikTok's sophisticated algorithm is able to hold people's attention for roughly 80 minutes per day. While the platform remains the channel of choice for many creators, some influential accounts are starting to ask their audiences to follow them on Instagram.

This is due to growing concern surrounding TikTok's recent ban in countries like India, leaving some creators worried about the platform's future in places like the United States. But even if TikTok was to be removed in some countries, competitors such as Instagram now know that the format works. In fact, Instagram has recently beta tested a similar product called Reels in Brazil, Germany and France, and will no doubt roll it out globally if TikTok's ban continues in other countries. 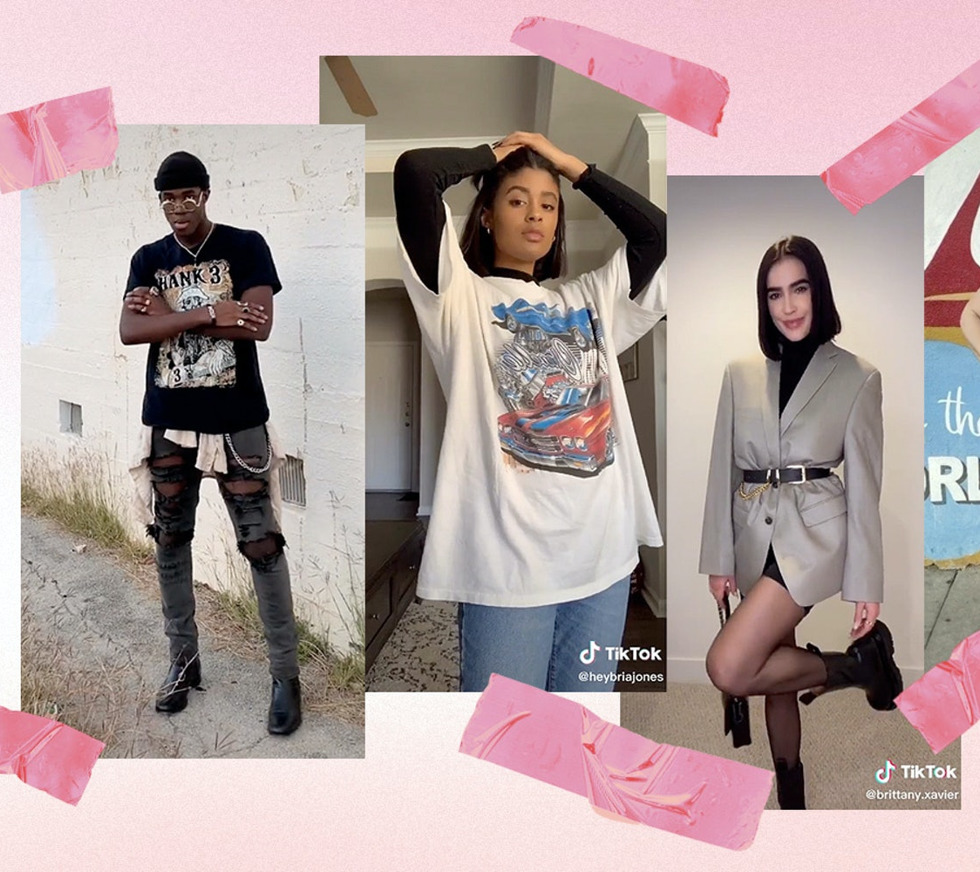 New voices with a specific focus are emerging on platforms like Twitter as well as through newsletters, gaining attention for their expertise and opinion.

In July 2020, Nathan Tankus was profiled by Bloomberg with the headline: "a 28-year-old with no degree becomes a must-read on the economy." Tankus, currently a student in New York, is another example of the growing trend towards the rise of credential-less expertise. Both his newsletter and Twitter has attracted followers including the Securities and Exchange Commission, the Office of the Comptroller of the Currency, the Department of the Treasury and various economic think tanks. Tankus represents the new thought leader who pairs their knowledge of a certain topic with the right digital tools to cultivate an engaged community.

This movement is well suited to word-driven platforms like Twitter or Medium, in which threads of informative dialogue are commonly reposted on channels like Instagram and Facebook. Increasingly, various academics are coming into the social spotlight by repurposing their Twitter insights onto Instagram, strategically ensuring it is posted to the feed (not Stories) so it is equipped with the seamless 'add post to your story' feature; this tool is not accessible if you simply post to Instagram Stories. For example, Robert Reich, professor at Berkeley and the former Secretary of Labor, has adopted this technique to further amplify his Twitter discourse. On Instagram, he has amassed 376k followers while on Twitter, he boasts almost 1m followers. Reich sits alongside others such as @DrIbram, @ProfEmilyOster and @profgalloway, who are gaining fans through their thought leadership, opinion and expertise. 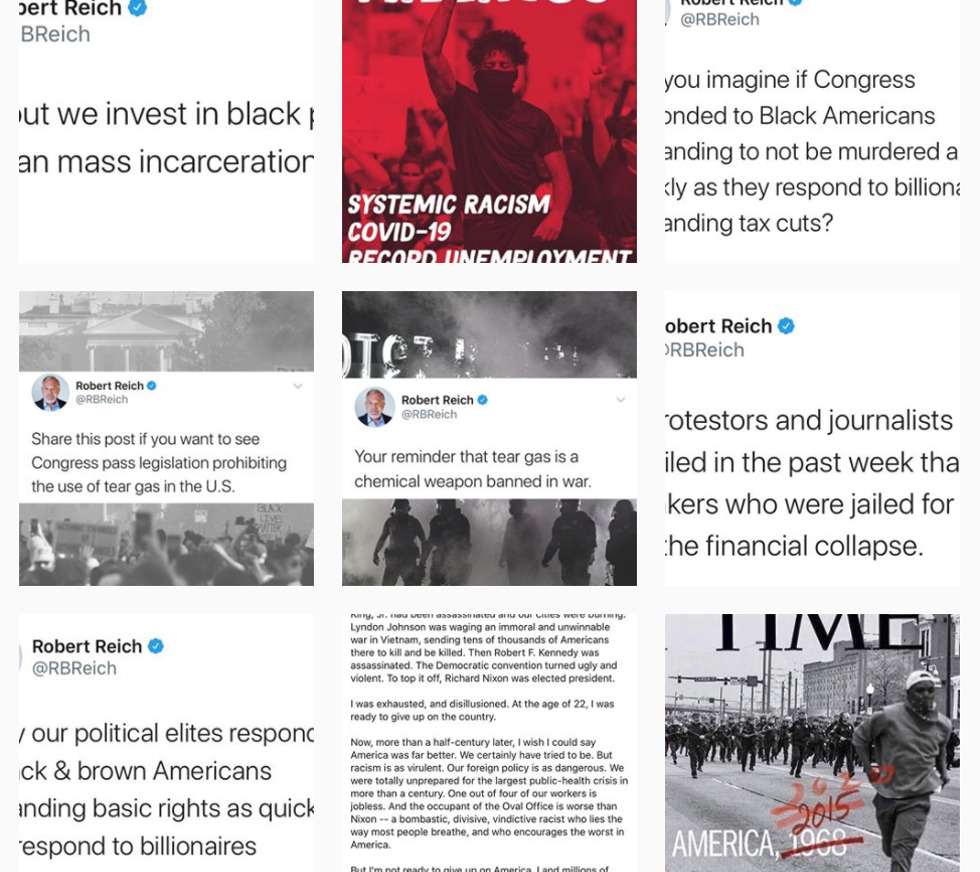 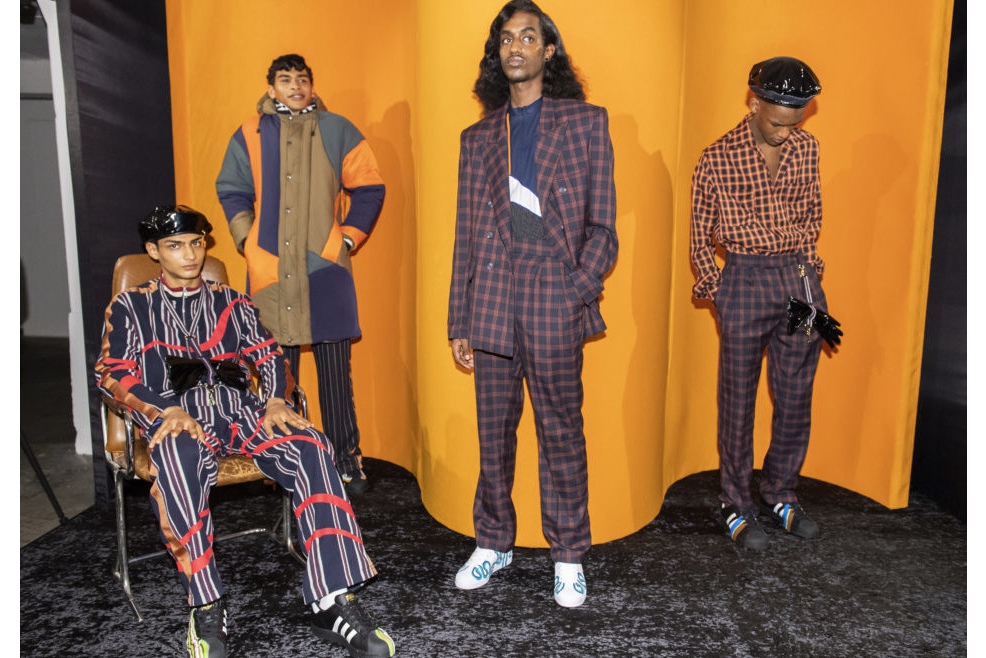 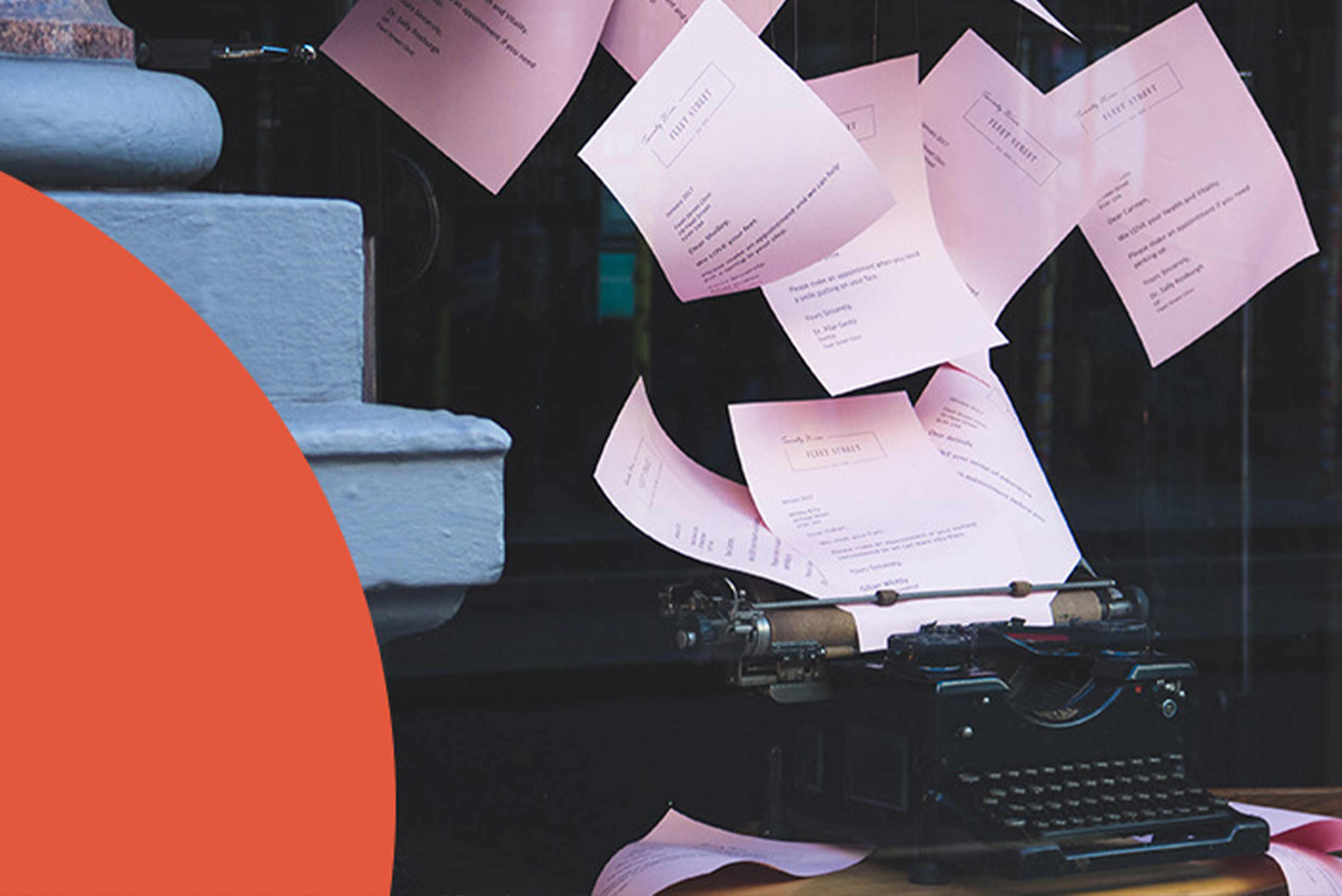 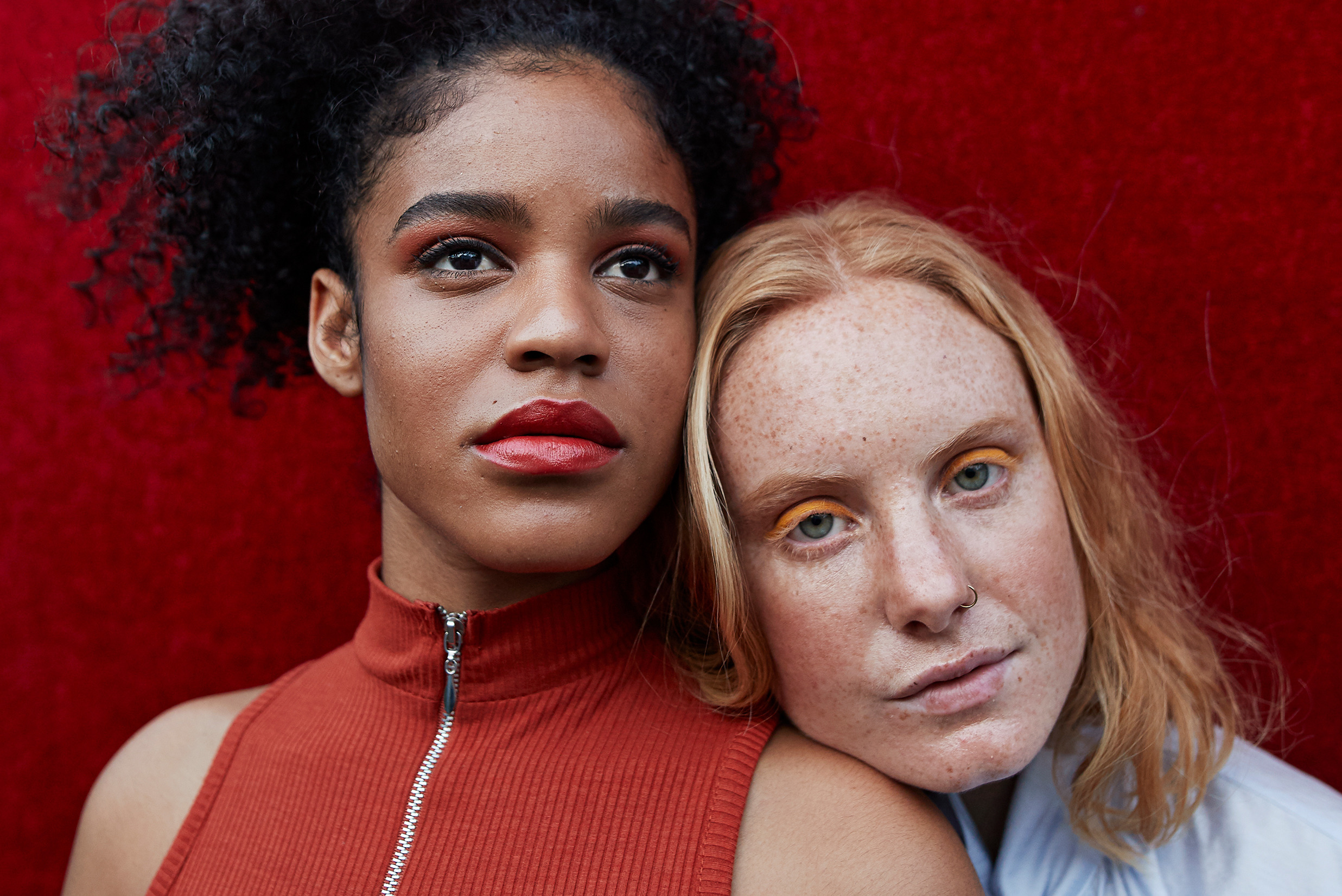