There’s no denying the last few months have altered our sense of normalcy. At the start of the pandemic, people suddenly no longer had the freedom to move about in the way they once did. Being stuck at home for a prolonged period encouraged people to venture online and spend time in digital spaces.

It’s here that roller skating videos really took off, particularly on TikTok, where #rollerskating has reached mainstream appeal, amassing 2.5bn views. Actress Ana Coto has been largely credited with kickstarting the trend, applying a 21st-century Gen Z and Millennial-friendly lens on the popular centuries-old pastime (the first pair of skates emerged in the mid-18th century), though she is far from the only creator responsible for spotlighting roller skating on the platform.

While TikTok is home to a vibrant community of diverse talent, all primed for brand sponsorship, backlash has emerged around the fact that there’s a large group of Black skaters who haven’t received the same exposure or credit for the sport’s revival on social. Inequality in the roller skate scene existed well before TikTok reintroduced the sport to young users during the pandemic. The relationship between the Black community and roller skating was explored in the 2018 documentary United Skates, educating viewers about the role skating and rinks played in society throughout history, including during the Civil Rights Movement, their contribution to hip-hop culture and the threat these spaces still face today.

While stuck indoors over the last few months, roller skate content offered respite from the monotony of everyday life. Viewing roller skate influencers on TikTok freely glide along the pavement became a cathartic experience and a welcome escape from the tough realities we were enduring inside our cramped apartments and homes.

Skaters perform their own dances as well as the viral combinations common to the app while on skates, giving the manufactured routines seen a thousand times before fresh appeal. There’s also a rise in skate squads (see here), which powerfully ooze with good vibes and positivity – a welcome feast for the eyes during tough times.

With little ability to venture far from the home each day, roller skating offered a familiar taste of pre-pandemic freedom, but the growth of the sport on TikTok has done more than provide viewers with a momentary escape from the boredom of being inside, it’s also led to an explosion of skate sales. Brand Moxi Skates has hired more staff to satisfy demand, where delivery wait times for a pair of skates ordered online now appear to take anywhere between 10 to 14 weeks to arrive. TikTok is a powerful tool, with the ability to accelerate trends to new heights, but it can be hard to prepare for this type of unexpected hype. 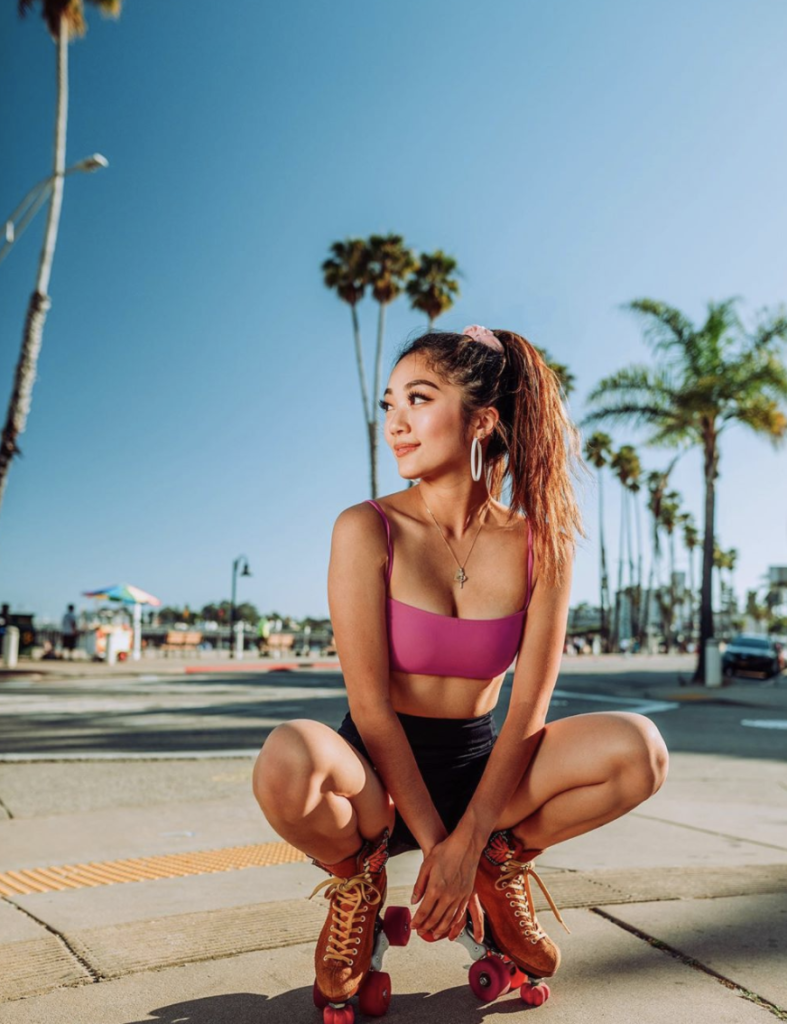 The roller skate aesthetic today is visually rooted in California beach culture and also nods to 1970s skate culture. It’s about durable fashion that’s easy to move in, that’s comfortable and breathable, and in many cases, that is flashy enough to stand out in a sea of skaters on the social app.

References include a combination of beach, sport and disco influences, with key items being those 1970s-style gym shorts with the stripe running down the side, lots of cropped denim and flared denim jeans, jumpsuits, bike shorts, crocheted halters, bikini tops, sequin and fringe accents and striped tube socks which peak out of colourful four-wheeled skates. Looks tend to be topped off with bumbags and scrunchies to further enhance the retro nostalgic feel.

WGSN Insight has been tracking the rise of #aesthetic accounts across Instagram and TikTok for some time now, where young people explain the appeal of certain trending fashion aesthetics, and that’s starting to infiltrate the roller skate scene as well, as you can see here and here. From a social perspective, the appeal of roller skating to young social users is very much about the aesthetics of the trend, just as much as it is in the actual skillset of the practice. Roller skates have become another prop to curate on the feed – look to the trending hashtag #skatepalette, which has nearly 6,000 posts on Instagram.

DIY culture has also found its way into the social roller skate trend, with an emerging sub-genre of content on TikTok focusing on creative hacks to turn regular trainers into roller skates. This is relevant because skates can be quite a pricey purchase for a cash-strapped young person, who may be dealing with the grief of recently losing their job or worrying about the potential economic hurdles they may face down the road post-pandemic. 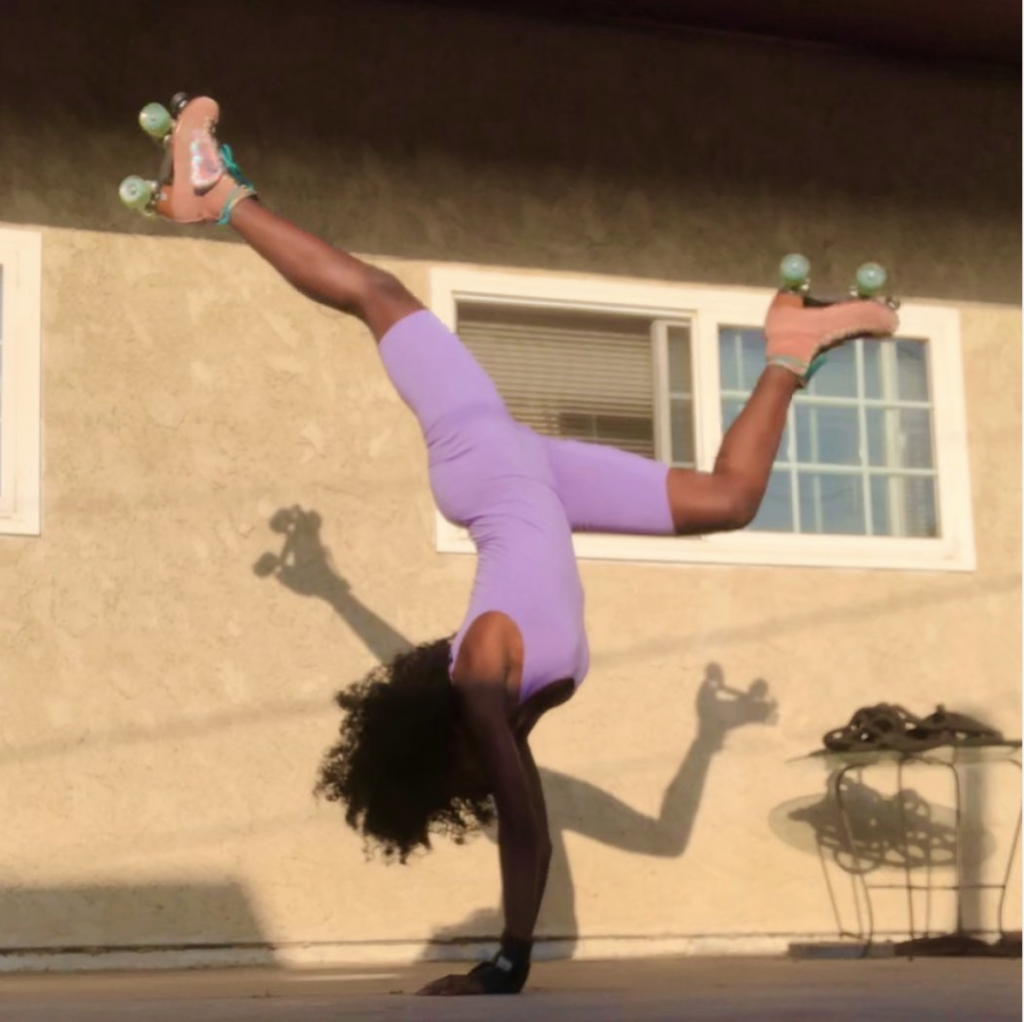 As much as TikTok and other platforms are seen as entertainment vehicles, they’re also being used to educate audiences. Social media is helping roller skate influencers share their skills with others interested in learning, ultimately democratising the craft and creating a really welcoming environment.

In the past few months, there has been a surge in videos offering skate tutorials, tips and tricks on how to fall properly and even a rise in virtual classes, creating new business opportunities and ways to give back to the community for talented skaters with skills to share. A Zoom course taught by @kamcorder collected proceeds for the NAACP Legal Defense and Educational Fund.

Some creators are also taking the time to teach their communities about the history of roller skate and roller rinks so that it’s not forgotten. Roller skating still plays a part in social justice movements today, with hashtag movements helping to inform audiences and spread awareness. During the recent protests, #skateforjustice gained momentum on TikTok, where skateboarders and roller skaters led by the group Skate for Justice, came together in Los Angeles to demand equality and a more fair world, though this wasn’t the only IRL skate protest. There were also a number of skate rallies across other US cities as well.

Is the beauty industry really built for gaming and the Metaverse? 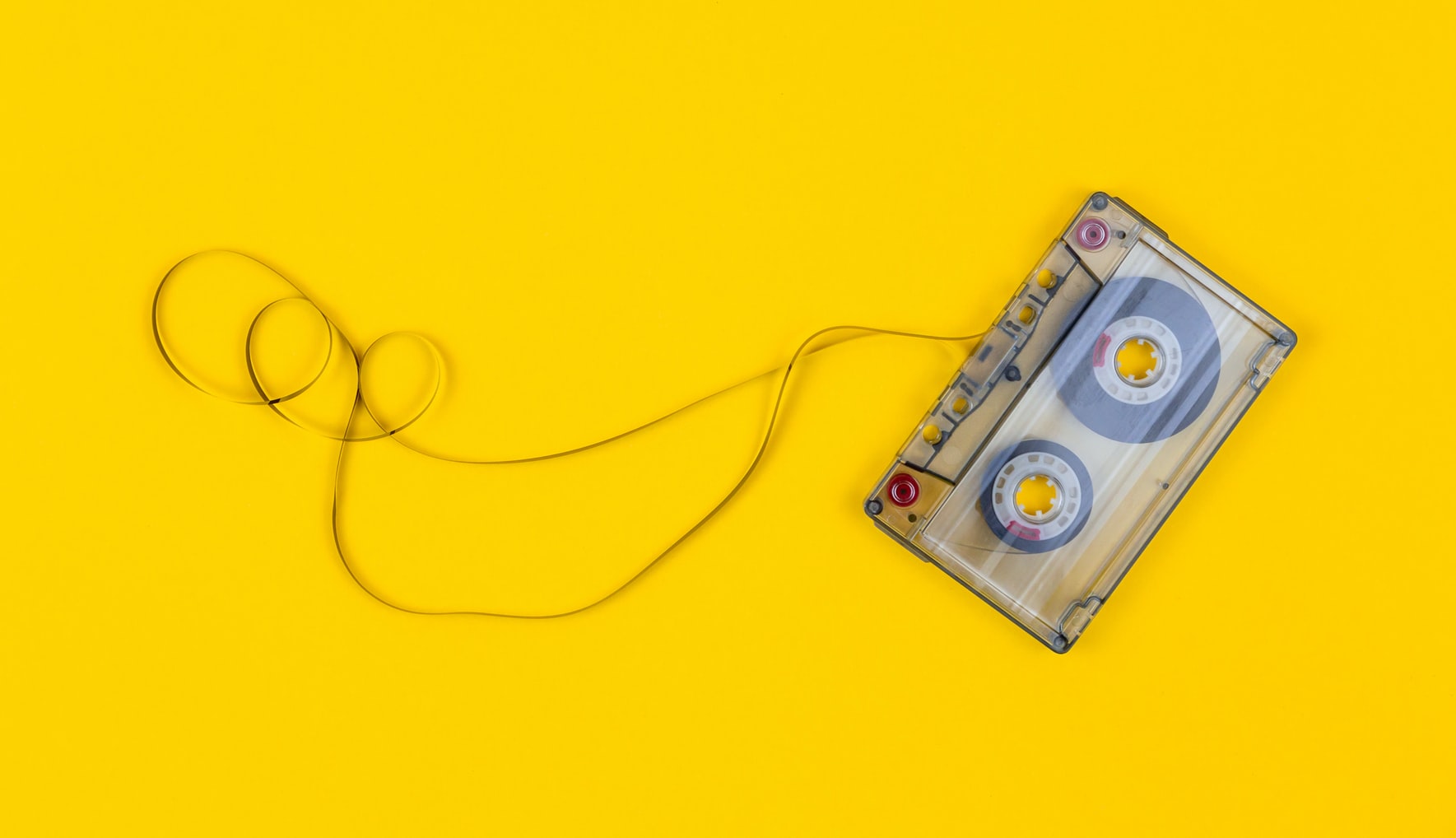 The captivating power of nostalgia

Join Silke Lambers on her virtual tour of Berlin