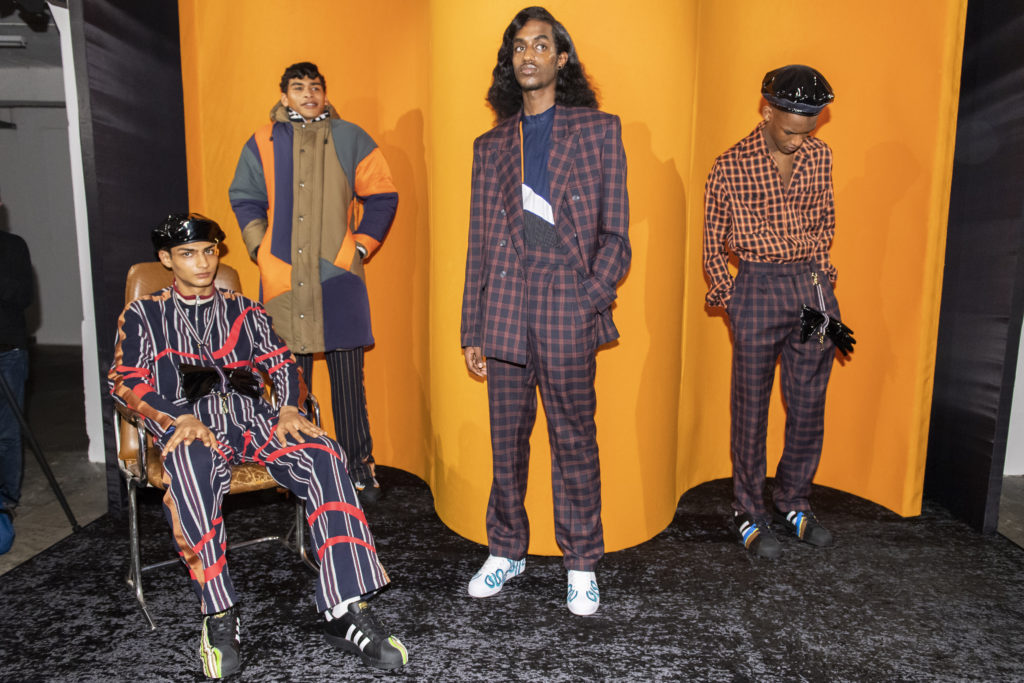 With London Fashion Week Men’s slimmed down to a very focused weekend, there was still much to be excited and optimistic about when it came to London’s famed reputation for cutting-edge creativity and crafted looks, embedded in the integrity of the ancient traditions of the British Isles. A strange time indeed to be finding pride in British identity, I’ll give you that, but there it was, laid out in front of us like an exhibition of all that’s great about the UK – and echoing the talent of previous greats such as Vivienne Westwood, John Galliano and Katharine Hamnett. Other highlights included Charles Jeffrey’s unabated trance-like visions – this season focusing on curious traditions from the Orkney Islands – through to E Tautz’s beautifully crafted casualwear, workwear and suits – seen through a lens of embellishing repairs – and onto Wales Bonner’s collection of ‘Londonised’ British/West Indian culture. 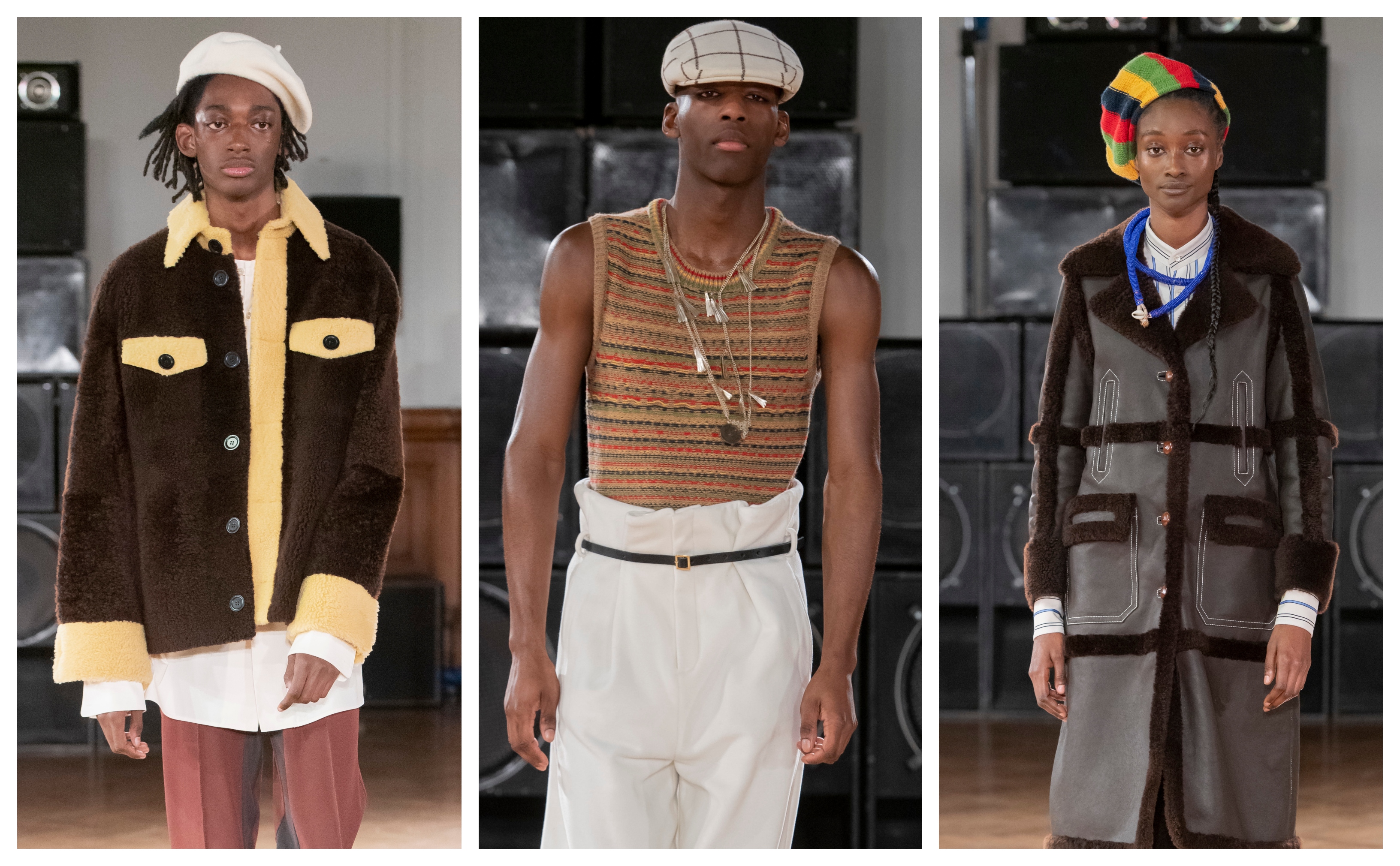 The weekend opened with Jordan Luca’s dark and brooding collection, which featured healthy amounts of tailoring and spoke volumes about how the current crop of relatively young designers are responding ‘post-streetwear’. A friend WhatsApped me to say how interesting it was that Art School had decided to make some real clothes this season. London is growing up, for sure.

In fact, a well-worn cycle is repeating: sporty casualwear emerges, tailoring feels old and fogeyish, but then suddenly everyone realises shell suits just don’t feel posh compared to cashmere, no matter how expensive they get, and it’s back to tailoring once more. But this time, with pattern cutting that owes something to sportswear and workwear, it’s about voluminous 1980s shapes, even more ergonomic cuts and statement-making, dramatic folds. It’s power dressing rediscovered via the rise of a generation weaned on adidas Yeezys and Off-White tracksuits.

Modern elegance that truly hit the spot came from Edward Crutchley and Hussein Chalayan, both offering polished, well thought-out and beautifully executed collections, with just the right assortment of print (from the former) and blocked colour (from the latter) to flutter above the meaningful tailoring and crafted outerwear at both shows. 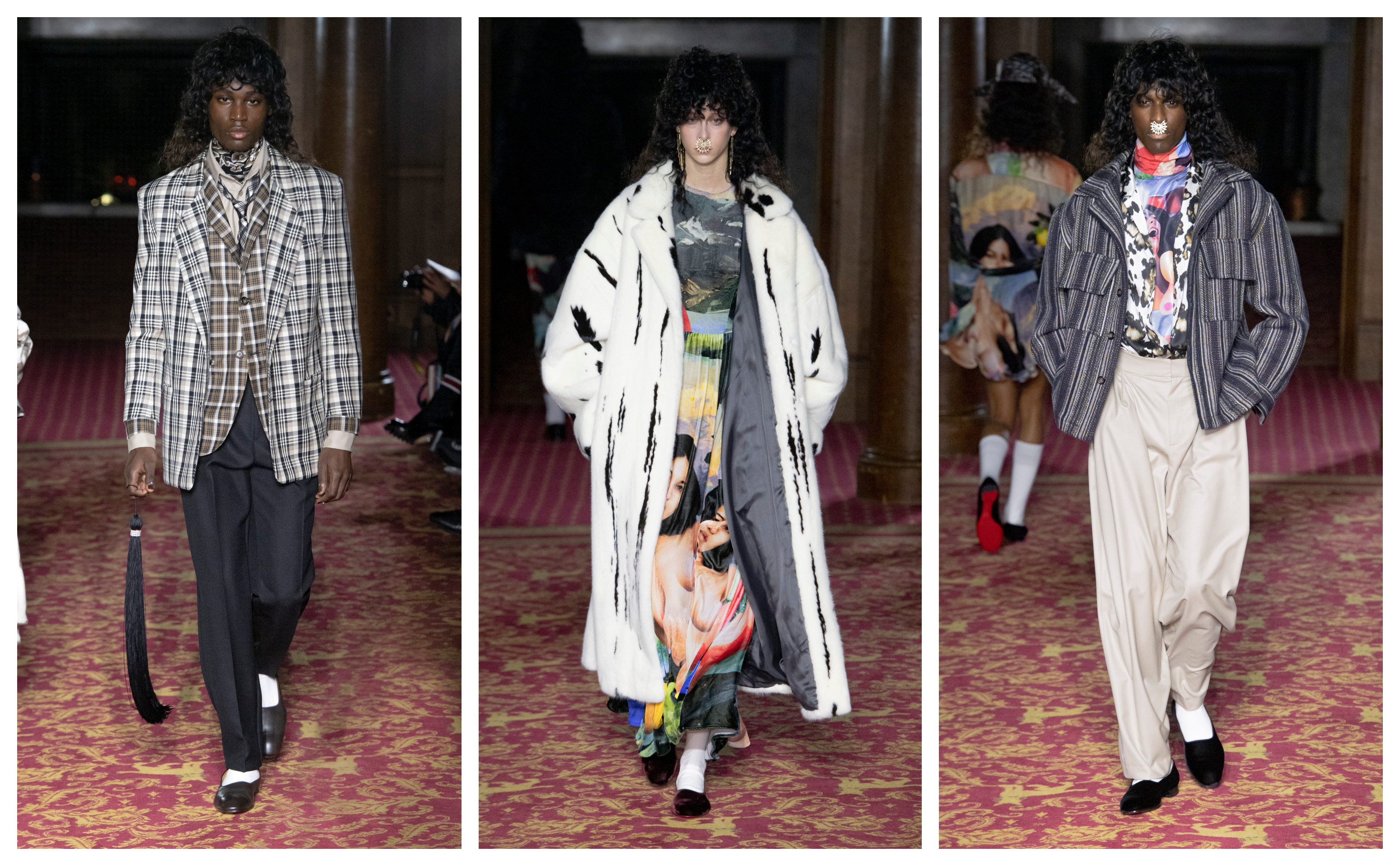 Qasimi struck a similarly commercial and viable note to E Tautz, with both collections staying true to the voluminous silhouettes they’re known for. Where E Tautz opted for a restrained, almost minimal colour palette, Qasimi’s penchant for opulence won out and we were treated to jewel and amber shades – all of them colours WGSN cited well in advance as being key for A/W 20/21.

John Lawrence Sullivan, Nicholas Daley and Wales Bonner caught my eye, and all for different reasons. Sullivan has a knack for capturing the sexiness of rock stars, summoning up the pomp and glamour as well as hinting at the darker underworld of that fantasy, and doing it – in my view – more interestingly than Hedi Slimane. Louche, draping suits and beautifully enveloping wool trenchcoats were a highlight and will have me scavenging vintage shops to get the look. Nicholas Daley sharpens his talents further with every show, with this season delivering a confidently retro tour of British black culture that amounted to plaid-panelled track tops, refined knits and bombastic plaid suits. Wales Bonner also explored black history, with her show referencing Rastafarian colour combinations, motifs and so on.

With menswear catwalk trends in general having mostly settled into a comfortable holding pattern of risk-averse, somewhat formulaic themes and key items that seem led by commercial constraint rather than being what designers would really love to offer when showcasing their brand, it was refreshing to see that these and other London designers managed to add their identity to those same pieces and threw some interesting curve balls into the mix, as if knowing that being a London-based designer comes with the heavy mantel of expectation when it comes to creativity that borders on the whacky. 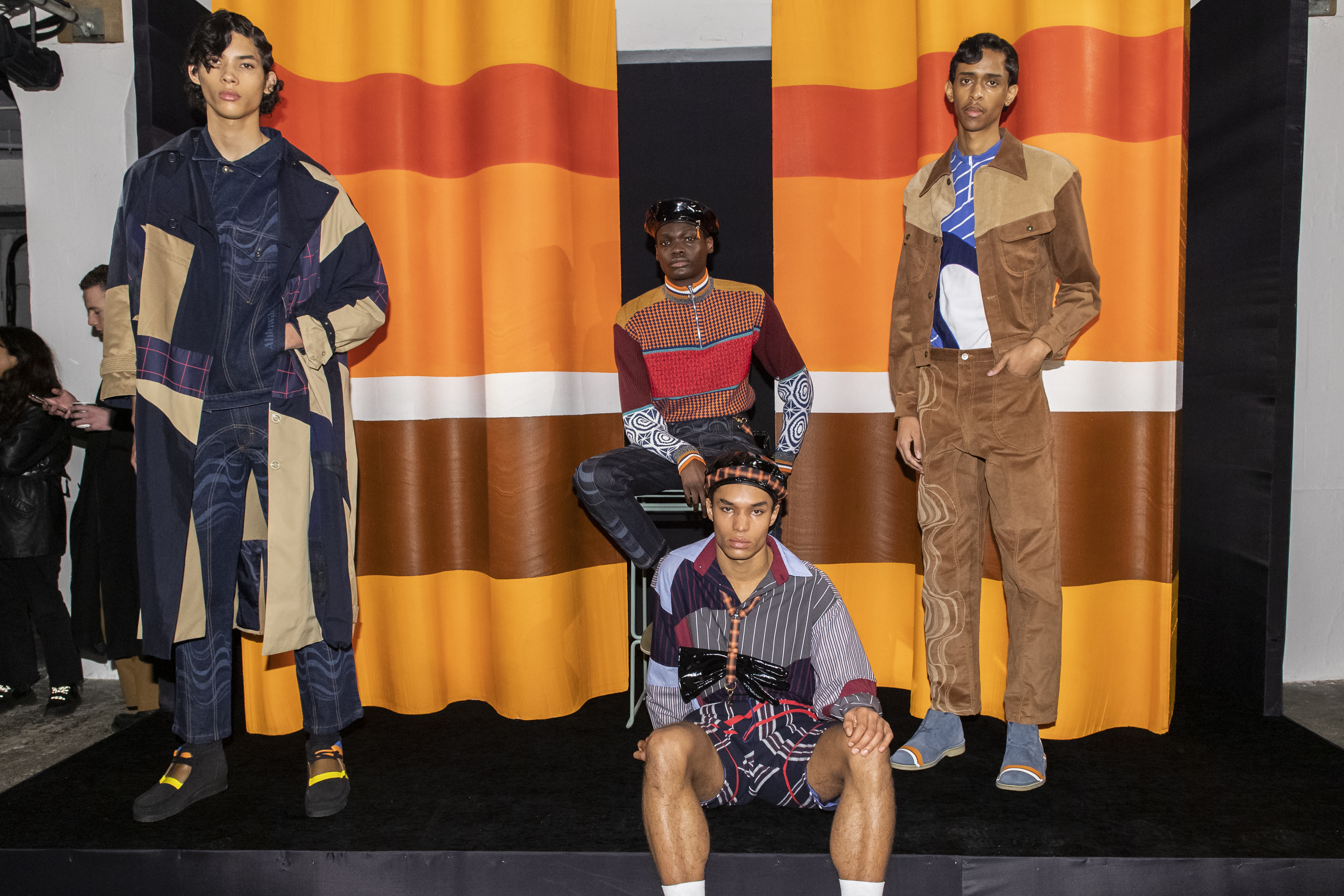 Much more than a footnote to this post, my ones to watch are Ahluwalia (snatching the H&M Designer of the Year prize feels like the beginning of a winning streak for her), whose designs defy the simple term ‘patchwork’ and are pieces so beautifully and lovingly pieced together, that they’re quite arresting. Robyn Lynch showed a strong collection that blended timeless knits of Aran tradition with bang up-to-date sportswear and tailoring mixes to offer a view through the wormhole and into tomorrow. Daniel Fletcher debuted his first men’s collection for Fiorucci and the glossy, Pierre et Giles-style take on 1950s teddy boys really worked, ramping up the glam factor with much high-gloss PVC and slinky satin. London is definitely still calling, and you had better pick up! 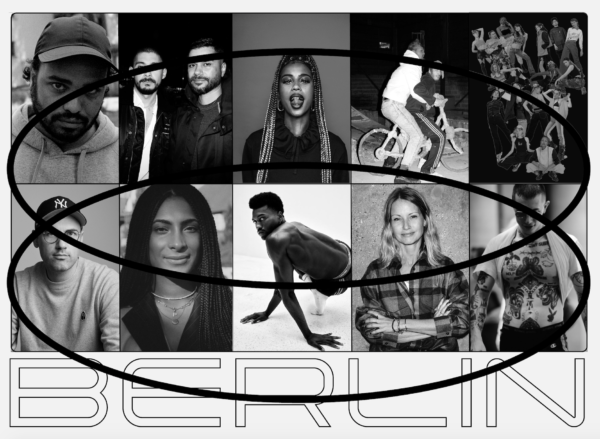